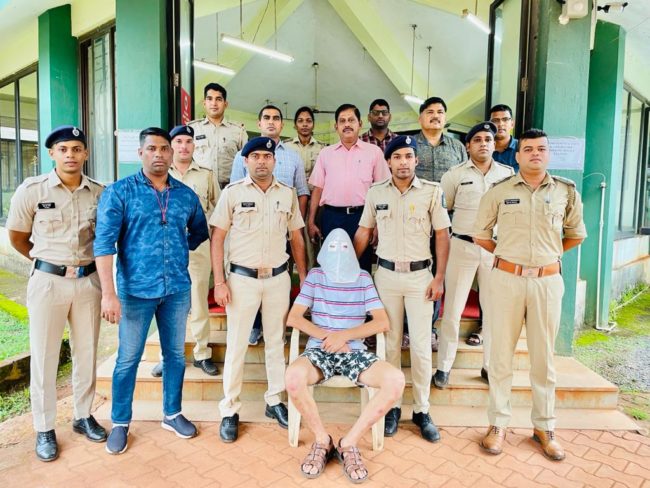 The victim, Ekaterina Titova was found dead lying in her apartment in Siolim and the police had ruled out any foul play, but now in a major twist, the police based on intelligence arrest the accused.

As per police, the accused killed Titova by compressing her nose and mouth.

Earlier in the day, Anjuna Police hadsaid that post mortem report of Russian Ekaterina Titova that it a murder and not suicide.

“Post mortem of Titova suggests that it is a murder and not suicide as a result of which we are investigating the case now as murder,” the Anjuna Police said

The police had received a call informing that one lady is found dead in her rented room at Oxel Siolim, Bardez Goa.