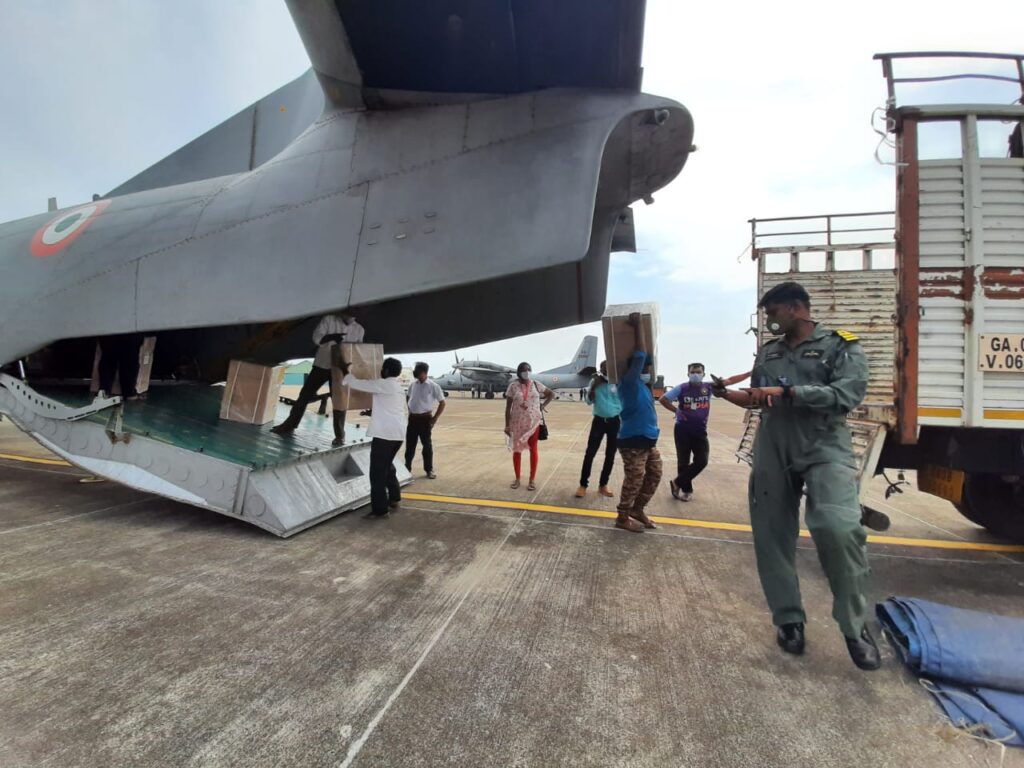 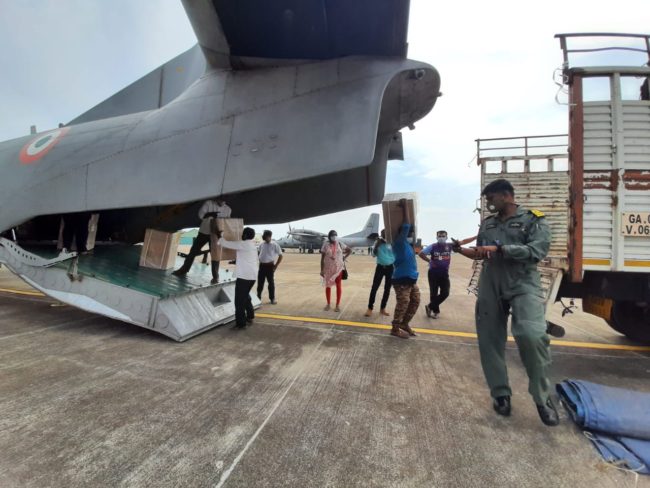 Panaji – In the fight against Covid 19, to help State of Goa, with initiative of Union Minister of State for Defense Shri Shripad Naik, two Indian Air Force aircraft arrived in Goa today with oxygen concentrators and other medical equipments.

In view of the growing corona infestation in Goa and the growing stress on the medical system, the Goa government yesterday evening called on Union Minister of State for Defence Shri. Naik and asked for help. Mr. Naik took immediate steps in that direction and today Air Force aircraft arrived in Goa with 323 oxygen concentrators and other medical equipments.

Speaking in this regards Union Minister Shri. Naik said, “All the states, including Goa, are facing this major epidemic. Oxygen scarcity has been a headache for the government. The need for oxygen is increasing day by day. The Union government is making every effort to meet the demands of the states.”

“The Indian Army is fully engaged in the fight against Corona and their relief work is in full swing. While the Navy is playing a pivotal role in bringing oxygen and other medical supplies from friendly nations to India, the Air Force is ready on one foot to help,” he said.

Naik further said, “We are working hard to set up an oxygen generating plant in Goa as soon as possible. The State government should inform us of their need in time. We will try to complete it, ”said the Union Minister.