Two coaches, one engine of passenger train derails near Dudhsagar due to landslide; no causalities reported 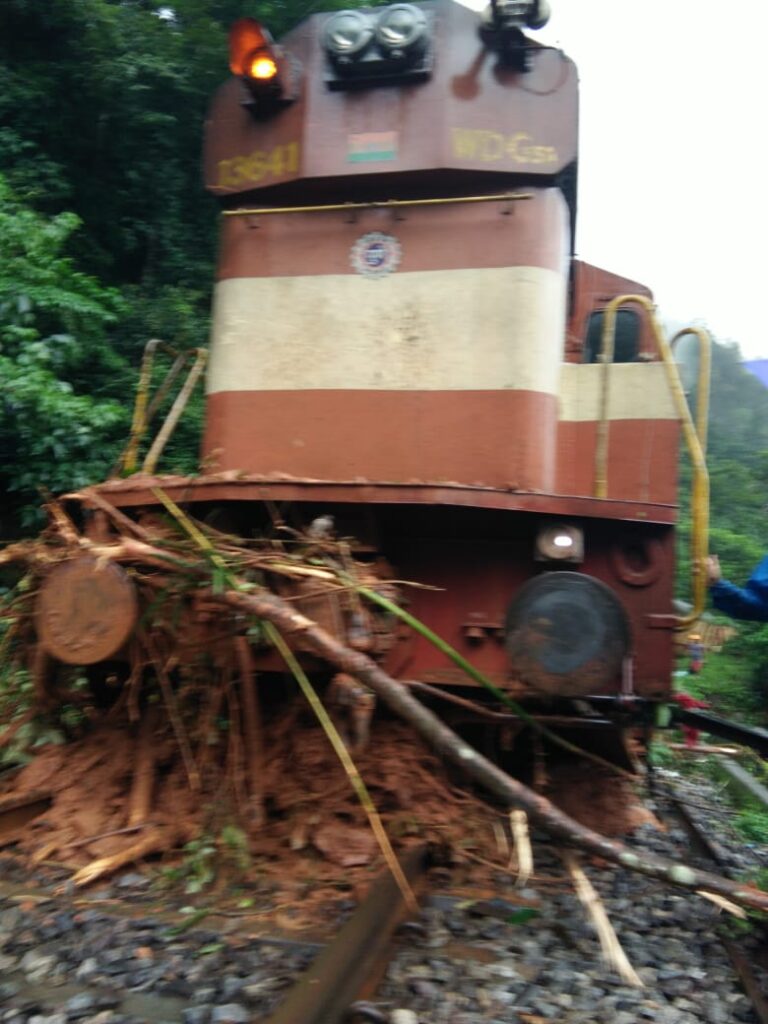 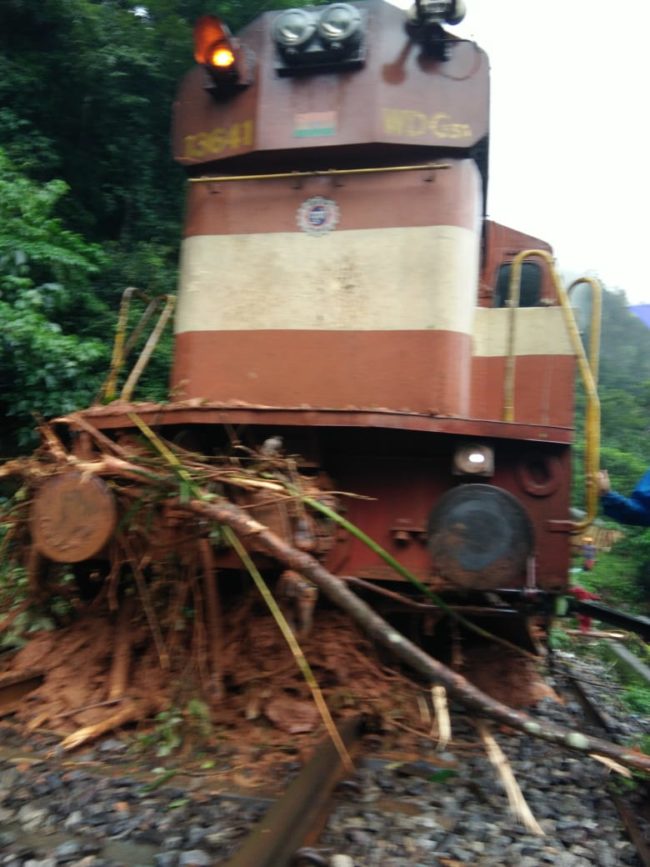 DUDHSAGAR: Following incessant rainfall, landslides have been reported at two locations in the ghat section of Hubballi division of South Western Railway (SWR). One location is between Dudhsagar and Sonaulim stations and the other between Caranzol and Dudhsagar stations.

Mangalore Mumbai Train diverted via Londa derailed between Dudhsagar-Sonaulim section this morning. No passenger casualty has been reported states a SWR Press release. One general coach was next to engine and the engine was partially derailed due to a landslide. Passengers of the affected coach have been shifted to other coaches.

The train is being pulled back to Kullem. Due to continuous very heavy rainfall, in the Ghat section of Hubballi Division of SWR, landslides have been reported at two locations: Between Dudhsagar – Sonaulim Stations and Caranzol-Dudhsagar Stations this morning.

Train no. 01134 Mangaluru Jn – Chhatrapati Shivaji Maharaj Terminus Express Spl (which was running o­n the diverted route via Madgaon-Londa-Miraj due to overflow of Vashishti River between Chiplun and Kamathe), suffered the derailment.

Train no 02780 Hazrat Nizamuddin – Vasco da Gama Express Spl (which was bound to Vasco da Gama was detained in the section between Caranzol – Dudhsagar owing to the landslide, This train is being pulled back to Castle Rock.

Accident Relief Train (ART) from Castle Rock as well as from Vasco da Gama were immediately despatched to the site, as per the standard protocol to carry out restoration measures.

SWR had already taken contingency measures prior to the start of the rainy season, at suitable stations for any exigency in Ghat section in heavy rainfall during the monsoon season.

As part of Monsoon Reserve, JCB, Hitachi and wagon loaded with boulders were kept ready at Castle Rock, Tinaighat and Kulem. The same have been pressed into service to the spot of landslide along with the team of trained technicians to carry out restoration of track/train services at the earliest. Precautionary measures to prevent further land slip at the site also, are being taken.