Two days after assuring HC, govt does a U-turn on tree census: Save Mollem 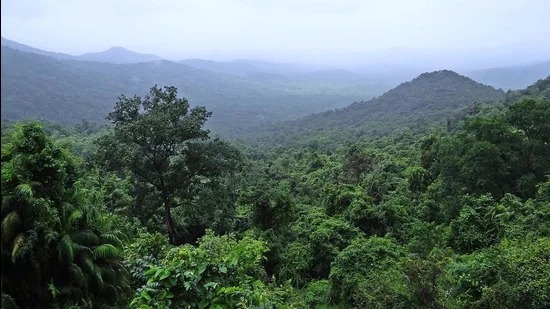 Goemkarponn desk
PANAJI:
The Save Mollem group has condemned the state government’s dilution of the Goa Tree Preservation Act, including the requirement to carry out a tree census.
The public interest litigation (PIL) filed before the high Court by the Living Heritage Foundation, it had stated that for 37 years, the Goa Government had not undertaken a tree census as required by the Act. In the PIL, the Goa government told the HC that tree census work has already begun in all 12 talukas of Goa.
“On 8.07.2022, filed an application seeking an extension of one year to complete the census of existing trees. The request for an extension of time for carrying out the tree census was considered by the Court on 17.08.2022. The Court granted the State an extension of another one year to carry out Tree Census and submit a compliance report by 30.07.2023,” it says.
The Government of Goa filed their status report on 20.09.2021 and, in compliance with the direction of carrying out a tree census, submitted that the Forest Survey of India has been carrying out two-stage stratified sampling for creating a national level inventory of Trees outside the forest.
“A census as per the direction of the Court would have to be conducted over an area 2487 sq. km area which is a large tract of land, which is a “herculean and volmunious exercise, requiring a large number of technical/skilled man power. Logistic, IT equipment and funds,” Save Mollem said.
It is pertinent to note that- before the amendment- Tree census needs to be carried out only on land outside Government land and notified forest land as per section 30 of the Act. The latest amendment has, however, removed ‘government’ from the relevant section.
While the original Act required the government to carry out a ‘tree census’, the amended bill notified in the gazette on August 19, 2022, states that the provision under this sub-clause is proposed for modification in light of reports of the Forest Survey of India which includes both tree cover and extent of green cover outside forest area and provides a comparative picture on both in its biannual report.
According to the petitioner, two days after informing the Goa bench of the Bombay high court that the tree census data would be uploaded every four months, the Goa Government, on August 19, flouted the order and amended the Goa, Daman and Diu Preservation of Trees Act saying there was no need for a census.
It is to be noted that the government, following high court orders, had already started conducting censuses after studying the attributes of a similar census done in cities like Pune, Mumbai and Thane.
According to an RTI filed by LHF, as on June 28, 2022, 1,14,397 trees have been geo-tagged in the North Goa division.
Even on July 29, when a meeting was convened between the tree authorities of the north and south Goa under the chairmanship of Puneet Kumar Goel, Secretary (Forests), the progress of the tree census was apprised to both the tree authorities. The meeting also concluded that once the amendments are notified, the same may be informed to the high Court.
However, when the matter came up for hearing on August 17, the Court was kept in the dark about the proposed amendments that were notified two days after the hearing.
Apart from the census, yet another provision of the Act that required the tree authorities to undertake critical studies of proposals and projects except for stand-alone houses, too, have been amended. While the government had earlier told the Court that critical studies would be conducted for all such proposals that required cutting of trees, except in the case of stand-alone houses, the amendment now states that studies would be carried out only for projects which cover a land measuring more than one hectare.