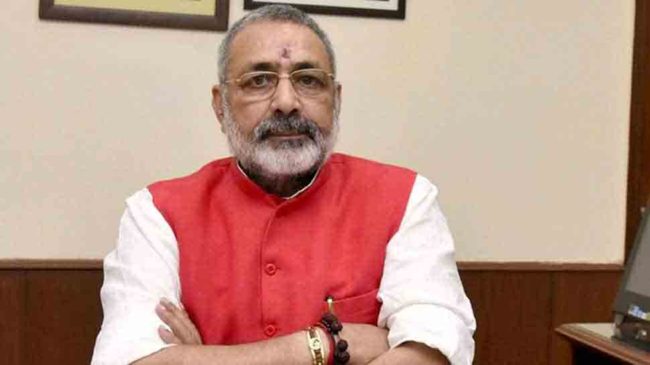 PANAJI: The Central government has proposed investment of Rs 400 crore towards revival of Goa’s fisheries sector with focus onto making the coastal State as ‘Fishing Hub’ in the Country. The initial focus is laid on cage farming techniques spread across 75 sq kms.

The Centre is also exploring the possibility to introduce a world-class aquarium in Goa, which would be part of an international standard tourism complex.

Union Minister for Animal Husbandry, Dairy and Fisheries Giriraj Singh, who is in Goa since Friday, February 5, has held a series of meetings with the Goa government officials from the concerned departments and the State Minister for Fisheries Filipe Nery Rodrigues.

Addressing a press conference at Raj Bhavan, Union Minister Giriraj Singh said that the Central government is in talks with the State for an holistic investment of Rs 400 crores for revival of fisheries sector and to promote Goa as a major Fishing Hub in the Country. The Minister said that the coastal State has a huge potential of becoming a leading exporter of fish in the country.

The Minister said that the Centre has already sanctioned Rs 41.47 crore to the State. “Goa has a huge potential of being one of the leading exporters of fish. We need to promote Goa as a major Fishing Hub,” he said adding ‘we are also set to introduce a world-class aquarium of international standard for tourism attraction’.

“Like Saudi Arabia, Goa can use its water resource as a major economic booster,” Minister said that he had detailed discussion with the Chief Minister Dr Pramod Sawant and the State Fisheries Minister Filipe Nery Rodrigues about an holistic plan for investment of Rs 400 crore in the sector.

Singh further informed that with the help of Central Marine Fisheries Research Institute (CMFRI) Goa will encourage sea cage culture with 1000 cages in the first phase. He said that the National Institute of Oceanography (NIO) through its study has recommended that upto 200 sq kms of sea cage culture can be done.

The CMFRI has said that upto 70 sq kms is sage for cage culture keeping the environment and tourism safe, he explained.

“Goa has a good length of seashore. It would be a new model for marine culture. Even we had no idea that the State has so much potential. We can use the mining pits for the cage culture. So there is capacity to install 30 cages. In the first phase, we will start with 1,000 cages,” Singh said.

“The technique will help avoid fishing vessels in the Sea and even ensure good produce to fish farmers. During the monsoon season, when there is a fishing ban, the State faces severe fish shortage. The introduction of cage culture will make the State self sufficient in the fish,” Minister said.

“It will also give a boost to fish exports from Goa,” he said.

Further, after detailed discussion, the Centre and State has decided to develop 30 new landing centers for fishing as well as tourism purposes. An investment of Rs 125 to 150 crore is what we are looking at, he said.

State Fisheries Minister Filipe Nery Rodrigues thanked the Union Minister for all the support to promote Goa as a Fishing Hub in the country. He said with all the efforts, the State will be self-sufficient in fish production along with export.

He said that the process will be initiated to map the zones for cage culture.