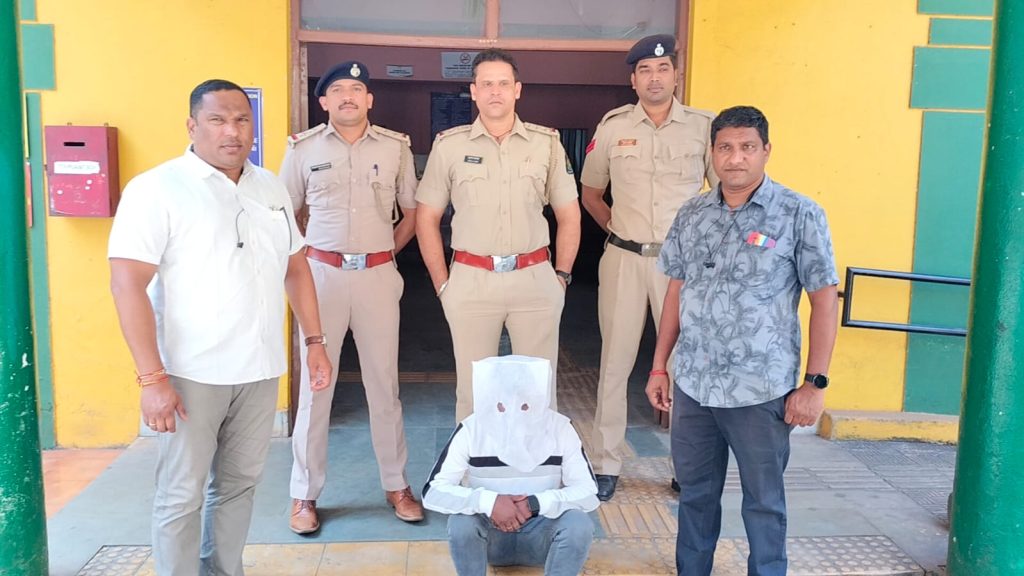 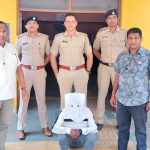 VASCO: Vasco police today has arrested a 27 year old Tahir Khan, the owner of the Ertiga Car that was involved in the fatal accident reported at Chicalim that had killed a 50 year old Reena Gonsalves.

Vasco PI Kapil Nayak said that Tahir Khan , a resident of Mapusa had gone underground and planing to abscond but was apprehended through intelligence inputs at a location in South Goa.

“The accused Tahir Khan had given his Ertiga car on rent to a minor who was driving the car on the day of the accident. Tahir Khan has been arrested under section 304IPC and sec 180,and sec 199-A (2) of Motor vehicles Act.” Said Nayak

“There was a fatal accident reported at Chicalim on 25th November where a 50 year old lady was killed in the mishap and her nephew (17 ) years sustained grevious injuries. We registered the crime and detained the minor boy who was driving the car and he was lodged in the Apna Ghar. Later we were in search of the owner of the Ertiga car who allowed the minor boy to drive the car without having a valid license. We have today detained the owner of the Ertiga Car ,Tahir Khan and arrested him and we are carrying out further investigation. ” Said Nayak

” We were in search of this person since the day of the accident and we had kept a track on him as he was underground and trying to abscond ,but based on specific intelligence inputs from reliable source, we detained him is South Goa and during our investigation, he has admitted that he had given the car to the minor boy on rental basis ” Said Nayak