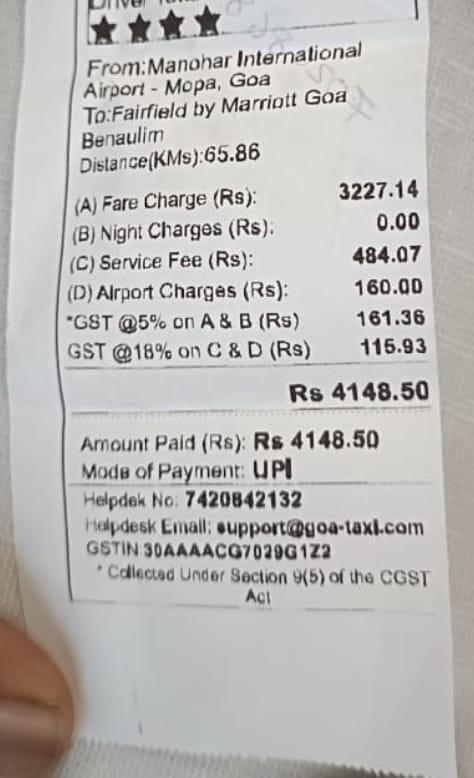 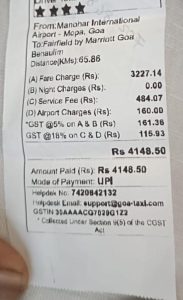 Goemkarponn desk
PANAJI: Reacting to the Goa Taxi App’s exorbitant bill, Transport Minister Mauvin Godinho today defended the fare stating that the customer opted for a high-end taxi from Mopa Airport to Benaulim.
“The bill of high taxi fare which has gone viral is completely genuine. It’s just that the customer booked a high-end taxi,” said Godinho.
He further said that the government is working out a mechanism to reduce fares.
“Sometimes, when there is no issue, some people attempt to make it an issue. There are 4 categories of cars which have different rates,” he added.
Godinho said that when the service charge is high, definitely the GST rates go Higher, and we have asked to reduce the rates.
“GEL will look into it and make the necessary changes,” he added. 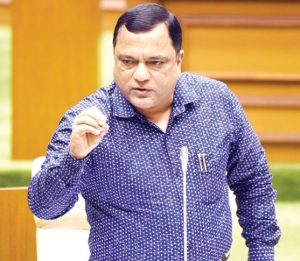 Godinho said that Goa Miles is comparatively cheaper than Goa Taxi App, and the same fare would cost around 2500.
“People have a choice here that Goa Miles or Goa Taxi App. High cars, you have to pay more,” he added.
A taxi bill allegedly from a passenger who booked the taxi through the Goa Taxi app amounting to Rs 4,148 for a 65.86 Km ride from Mopa Airport to Benaulim is doing round on social media.
Netizens from across the globe have reacted very sharply to the steep taxi service charges in the state and have claimed that they are higher than airfare.