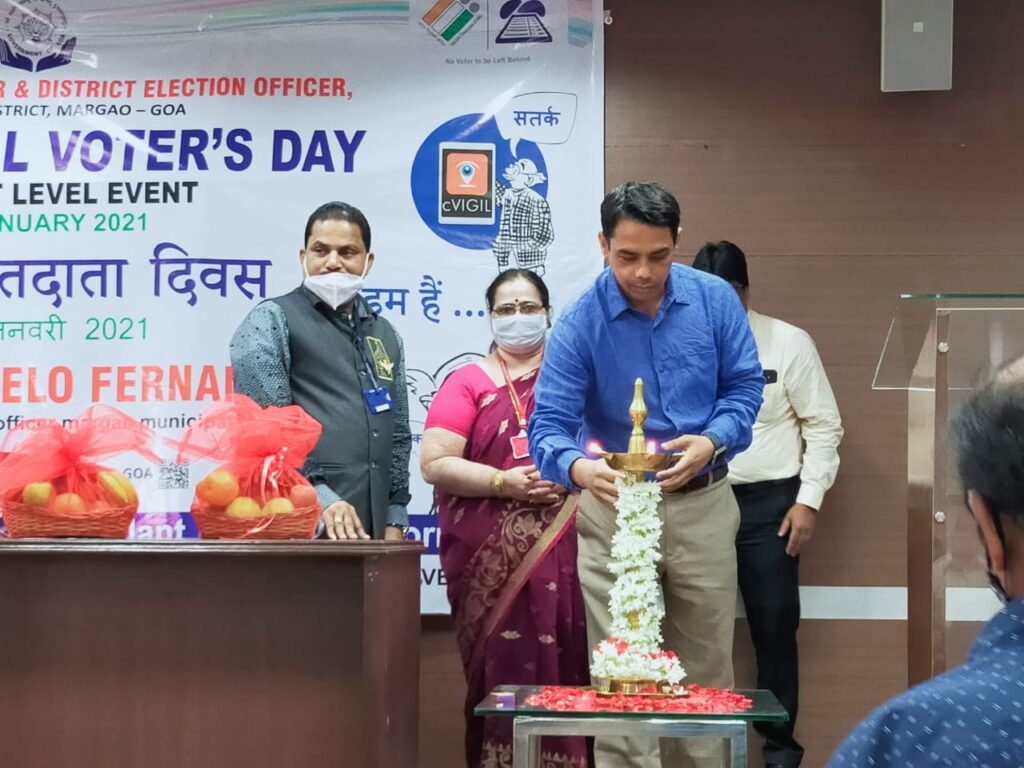 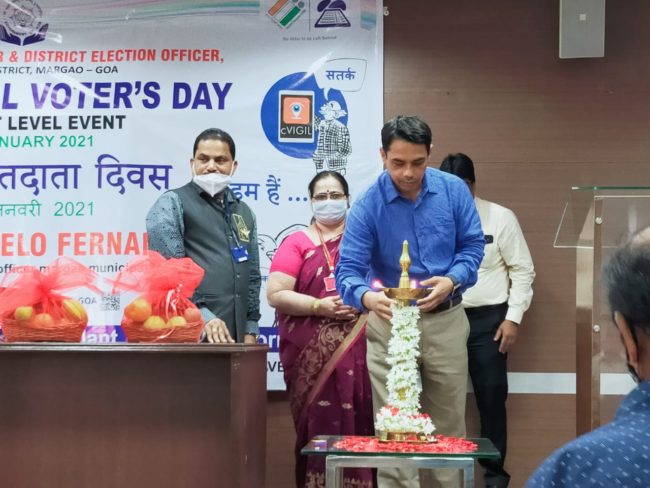 DEO and Collector South Ajit Roy welcomed the dignitaries and gave his inaugural speech on the importance of this Day.

This is the foundation day of Election Commission of India on 25th Jan 1950 he said and appealed the first Voters to use their right to vote.

Collector highlighted the importance of this day and the functioning of Election Commission of India which is conducting Election process which is the most significant landmark of Indian Constitution.

Few video clipping were shown on this occasion. Voters pledge was also taken.

Nodal Officer SVEEP Dipali Naik was also present and prizes were distributed to the notable Officials who had worked with sincerity in many elections.

Besides the Election related officials two Icons were also present.

Chief guest Agnelo A. Fernandes in his speech congratulated the first time new Voters who were enrolled in the Voting list.

Making our voters empowered, vigilant, safe and informed was the theme of this year.

Chief Guest appealed to the new voters to be proud of their right and exercise it fearlessly without falling prey to any other thing.

He also requested them to inform others including their parents to come to vote rather than taking holiday on the voting day.

Voters I’d card is an identity document issued by Election Commission of India to adult domiciles of India who have attained 18 years of age for casting their ballot during every election, he said.

He also requested them to encourage others for maximum enrollments especially new voters to spread the message to spread awareness among their friends and neighbours .

Addl Collector South Shri Suendra Naik also spoke on the occasion and gave the vote of Thanks.