Where will flood victims get documents from? 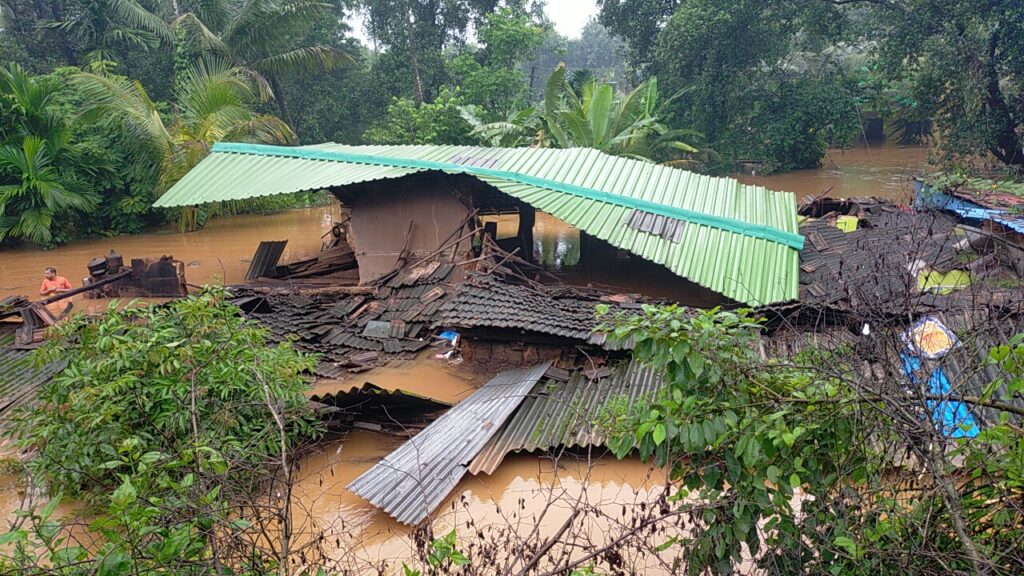 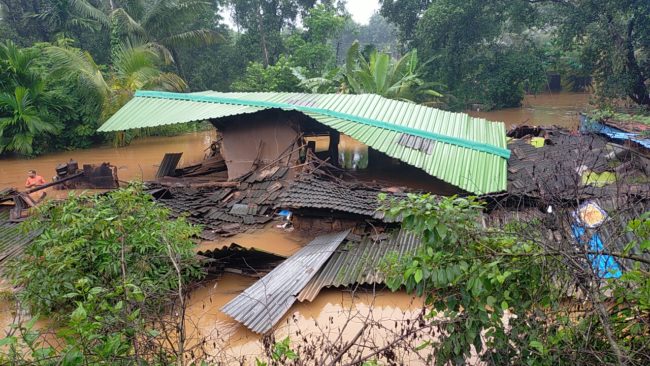 Goemkarponn desk
VALPOI: The Sattari villagers, who were hit hard by the July 23, 24 floods, had to celebrate Ganesh Chaturthi out in the open.
It now comes to the fore that the hectic documentation process is the main reason for the delay in rebuilding houses.
In July, floods hit Sattari taluka, wherein many houses collapsed or were severely damaged.
The government announced that it would help construct the collapsed houses.
However, not an inch has moved after the announcement of the chief minister and the authorities.
So much so that the Sattari villagers have started ridiculing the government on the issue.

Only debris remains, no shelter…
A total of 91 houses have been damaged in the July floods out of which 10 have totally collapsed, according to the Valpoi Mamlatdar Dashrath Gawas.
Currently, the families are homeless. Even today, many homes are in a state of dilapidated condition in Khadki Valpoi Kudse, Khadki Padeli, Advai etc.
Though the government announced houses would be constructed through Rotary Club, there has been no progress.
While the government was to contribute Rs 2 lakh, the Rotary Club was supposed to pitch in another Rs 2 lakh contribution.
The announcement had brought some respite to the victims as Rs 4 lakh contribution would at least help rebuild their houses.
Meanwhile, many flood victims said that Rs 2 lakh had been deposited in their accounts.
However, the construction of these houses has not started as announced by the government. Forget construction; the survey also has not been started yet.

Documents a major setback…
Meanwhile, according to the information given by the flood victims, the Rotary Club has demanded various documents before constructing houses.
Locals say it is not possible to get these documents.
Many old houses never had any paperwork, and they couldn’t get the documents now.
The villagers said, “where will they get papers from. Most of our belongings and documents have been destroyed. It looks unlikely that we will ever get our houses back from the government.”