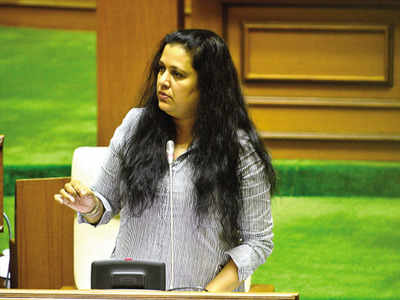 PANAJI: A total of 22 illegal beneficiaries of financial aid granted to construction workers, have refunded the amount to the State Government, who has initiated re-verification of the beneficiaries of the scheme, launched to tied up during COVID-19 crisis.

Minister for Labour Jennifer Monserratte said that the department has already initiated the process of re-verification of the registered beneficiary and based on verification the necessary action towards recovery from the non-eligible beneficiaries is initiated.

She said that as on date 1800 re-verification of beneficiaries has been carried out by the Labour Inspectors.

“Showcause notices have been issued to the beneficiaries who could not submit the proper documents,” Minister said .

She further informed that 22 non-eligible beneficiaries have returned the money.

It may be recalled that then Goa Lokayukta, Justice (retd) P K Misra had directed the anti-corruption bureau (ACB) to investigate the Labour Gate Scam and file FIR against those who were involved in it.

The District Magistrate, South Goa has reconstituted the Enforcement Squads for effective implementation of the illicit drug/ Cigarettes and Other Tobacco Products (Prohibition of Advertisement ... Read More