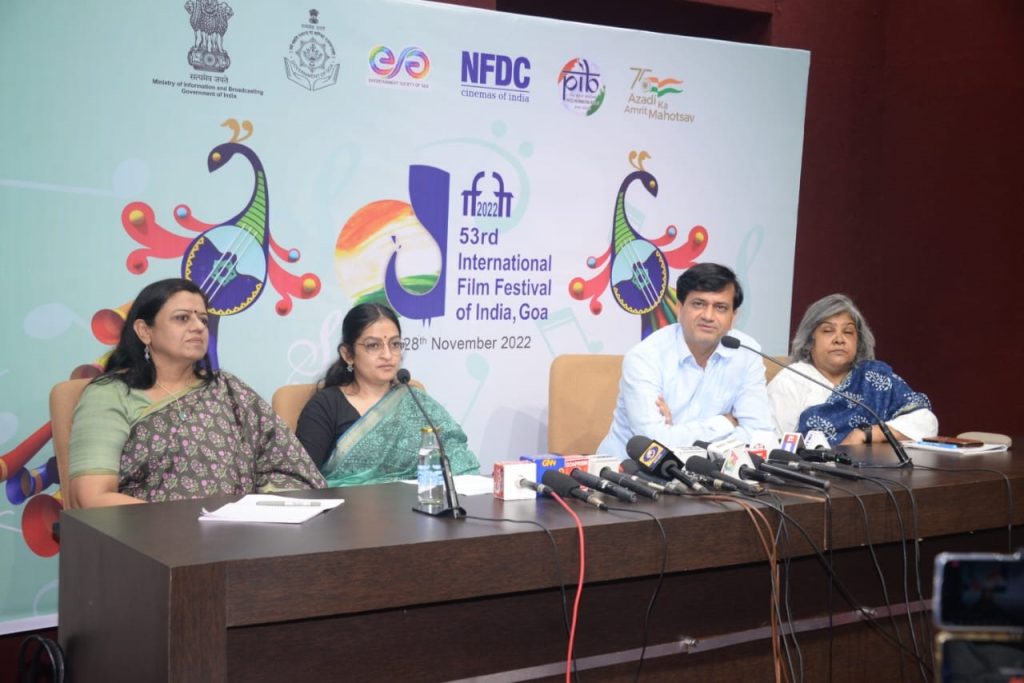 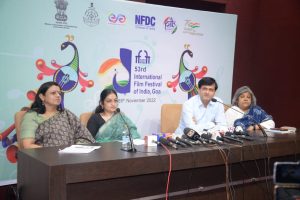 PANAJI: The 53rd edition of IFFI, the International Film Festival of India is all set to open to a colourful opening ceremony at Dr Shyama Prasad Mukherjee Indoor Stadium, Taleigão, Goa. This edition of the festival presents to film delegates a potpourri of 280 films, inviting them to immerse themselves in the lives, aspirations and struggles of peoples from a total of 79 countries.

The Festival Director told the media that 118 International film celebrities including Krzysztof Zanussi, Lav Diaz, Nadav Lapid , Jinko Gotoh , Maddie Hasson, John Lloyd Cruz, Genesis Rodriguez, Mark Osborne, Jeon Kyu hwan , Daniel Goldhaber and Natalia López Gallardo have confirmed their attendance at the festival.
He informed that 221 Indian film celebrities have confirmed. They include Ajay Devgn Suniel Shetty, Varun Dhawan, Kriti Sanon Prabhudeva Manoj Bajpayee, Nawazuddin Siddique, Shekhar Kapoor, Rana Daggubatti Mani Ratnam, AR Rahman, Pankaj Tripathi, Paresh Rawal Akshaye Khanna, Kalki Koechlin, Yami Goutam, Dinesh Vijan Illeana D’cruz R Balki Anupam Kher and Bhushan Kumar.
The opening ceremony will be held at Dr Shyama Prasad Mukherjee Indoor Stadium, Taleigão, Goa on November 20, 2022. The Gala Red Carpet Opening Ceremony will begin at 4.00 PM, followed by the opening ceremony which will be from 5.00 PM to 9.00 PM.
The Festival Director informed that the broadcast rights for the opening ceremony have been given to a media partner, and that videographic coverage of the opening ceremony, except for the entertainment segment comprising cultural performances, will be only by the public broadcaster Doordarshan.
The videographic coverage of the entertainment segment is reserved for the media partner alone; however, select video footages of the ceremony including that of the entertainment segment will be made available to the media on the same day. Still photography is permitted for the whole event. Besides, media can cover the proceedings on the Red Carpet as well.
The closing ceremony will similarly be held at Dr. Shyama Prasad Mukherjee Indoor Stadium, Taleigão, Goa on November 28, 2022. The Gala Red Carpet will begin at 4.00 PM, followed by closing ceremony from 4.45 PM to 7.00 PM.
The CEO, ESG Swetika Sachan informed the media that 7 non feature films are being presented to film delegates in the Goa Section. The seven films are Ardo Dis, Before I Sleep, The White Shirt, Wind Chimes, The White Dream, Goy Swatantryache Homkhan and Nimnya Disak. A jury comprising filmmaker Vinod Ganatra; producer, director and writer Imo Singh; and Producer and actor Pampally Sandeep Kumar have selected the films, from a total of 10 entries.