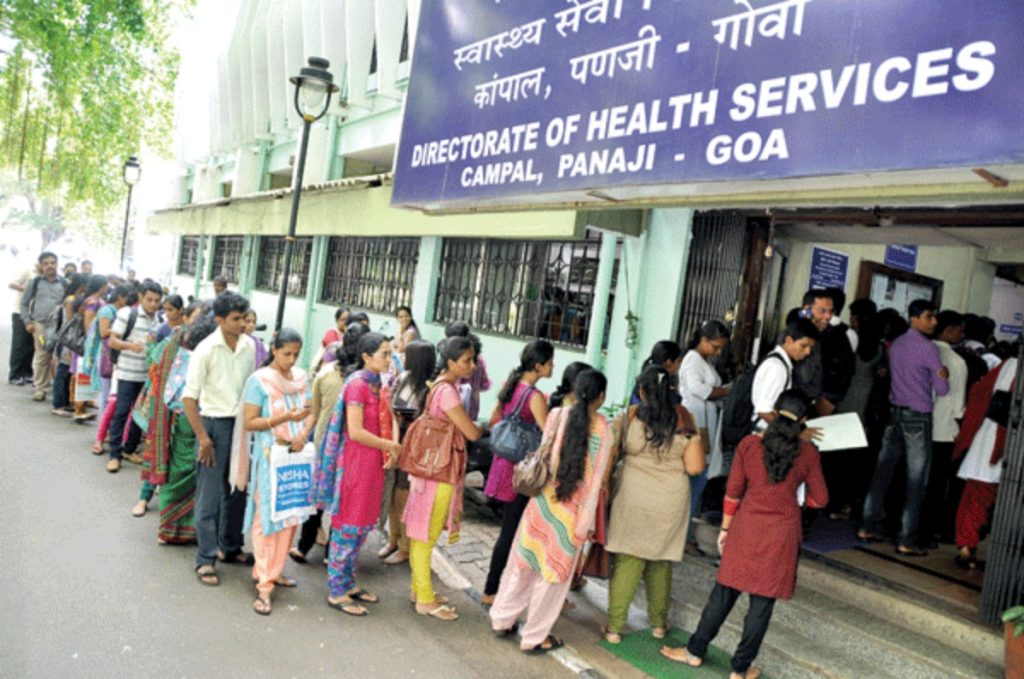 PANAJI: It has almost been 38 months, over three years, since the State Government under Dr Pramod Sawant notified the Goa Staff Selection Commission Act on 1/11/2019, but sadly, the Commission has just remained a mere notification.
The Government also announced a three-member commission headed by IAS Puneet Kumar Goel and then Finance Secretary Daulat Hawaldar and Menino D’Souza as members.
Chief Minister Dr Pramod Sawant says the Goa Staff Selection Commission has been set up to conduct examinations and select candidates for appointment to sub-ordinate services/posts (Group’ C’) in the Government Departments.
The Goa Staff Selection Commission (Amendment) Act 2021, allowed the Government Departments, after obtaining prior approval from the Department of Personnel, to conduct examinations for selecting candidates for appointment to sub-ordinate services/posts for a period of one year from the commencement of the said amendment.
Later, an Ordinance has also been promulgated called as Goa Staff Selection Commission (Amendment) Ordinance, 2022, inserting proviso in sub-section (8) of Section 7 of the Said Act, where advertisements for filling up the sub-ordinate service posts were issued prior to 8th day of January 2022, the concerned Department may conduct examination and complete the selection process to sub-ordinate service posts not later than one year from the date of commencement of the said Ordinance.
The Staff Selection Commission was notified after several recruitment irregularities, especially the Health Department, were noticed.
A Writ Petition No.280/2021 has been filed by Godwin Xavier Pereira v/s State of Goa, Public Work Department; Directorate of Health Services; Directorate of Accounts and Goa Medical College before Hon. High Court of Bombay at Goa, and presently the matter is Sub-judice.