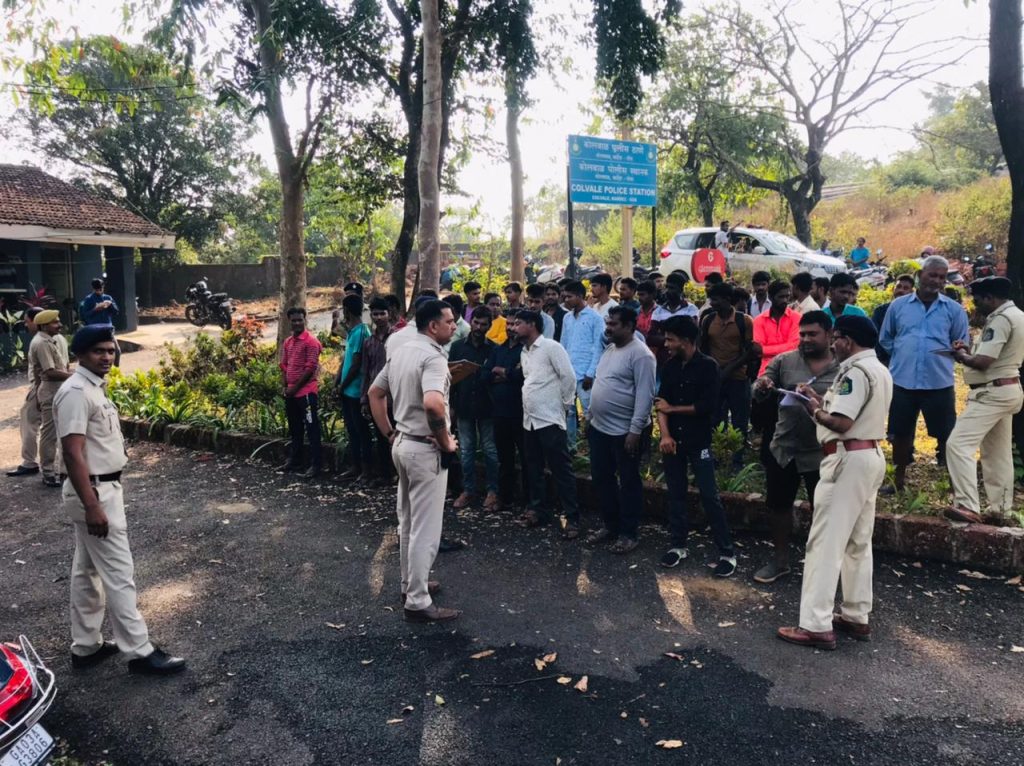 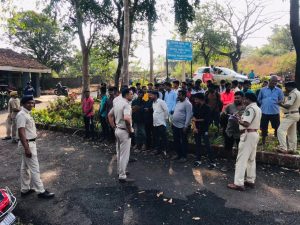 Goemkarponn desk
MAPUSA: In a bid to weed out illegal immigrants and criminals, the Colvale Police conducted an extensive police verification drive in “Lala ki Basti” at Thivim.
The drive was led by Police Inspector Somnath Mahajik, under the Supervision of SP, North Porvorim Nidhin Valsan and SDPO, Mapusa Jivba G. Dalvi.
Police said the drive was undertaken keeping in mind the various crimes reported in the state of Goa, and most of the migrants/ Labours are the culprit/s who are involved in the commission of the crime; the Colvale Police station had conducted random Tenant verification drive at Auchit waddo Thivim, also known as ” Lala ki Basti.”
During the course of the above drive, police visited house to house, and about 50 persons were rounded up and brought to the police station for further verification who had not filled out their Tenant verification forms and had not submitted to the Police station, which is mandatory by law. 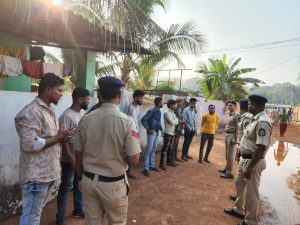