A week after floods, bridge collapse… PAIKUL continues to SUFFER

People’s sufferings…
After the bridge collapse, villagers stranded
Temporary route from Bondla in bad shape and unmotorable
Locals say it’s like a dirt track with huge potholes
Ration quota reached just once in last seven days
No politician has shown their face till date

Goemkarponn desk
PANAJI: It has been almost a week, and the Paikul village in Sattari taluka, where the bridge linking to Guleli collapsed, is still reeling in the effect of flash floods that shocked the State on July 23 and 24.
What is shocking is that the Government and Health Minister Vishwajit Rane, who is the local MLA, say that they have taken all measures to see that the people do not suffer, but the reality is in stark contrast.
The relief has reached just once in the last seven days, and no politician has visited the village so far.
After the bridge collapse, the administration has diverted the traffic through Bondla.
However, the road is in dilapidated condition and almost unmotorable.
“Only four-wheel-drive vehicles like Bolero, Jeep etc. can drive from. It is as good as a dirt track,” said a local who did not want to be named.
Locals say the government has also made a walkaway from the Bandharas as the water level has receded.
“…but again, that is a temporary solution and is of not much help to the people,” locals said.
“Only once the Mamlatdar came two days ago and brought some ration,” said a villager Anil Melekar, speaking to Goemkarponn.
He said that their primary issue to the restoration of the collapsed bridge.
“The temporary road is in a bad state, and it is also a long route,” he said.
Locals also said that power supply has been restored in the village but water and grocery supply is still an issue,

Wastage of milk…
Several of the dairy farmers in Paikul village are suffering huge losses as the government has failed to make any arrangement for the milk supply. 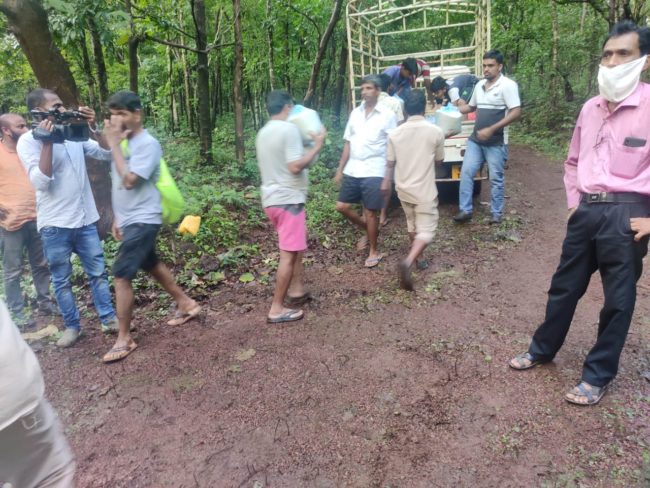 “Every dairy farmer in the village has about 12-14 cows as there are no vehicles available for milk supply, hundreds of litres of milk is getting wasted every day,” locals say.
Locals said that till the bridge is constructed, the sufferings of locals and farmers will continue.

Mamlatdar says relief work underway…
Even as the people of Paikul continue to suffer, the Sattari Mamlatdar Dashrath Gawas says things are back to normal.
“At present, the facilities in this village are back to normal. The power supply has been restored and drinking water has been provided. The ration quota has been provided to the villagers,” said the Mamlatdar. Gavas also stated that efforts will be made to build a new bridge to replace the collapsed one soon.
Giving more information in this regard, Gavas said, Electricity Assistant Engineer Valpoi Develndra Velingkar has done a good job, and the power supply has been restored in these villages in three days.
“Ration quota in the area will be provided in the next four days,” he said. 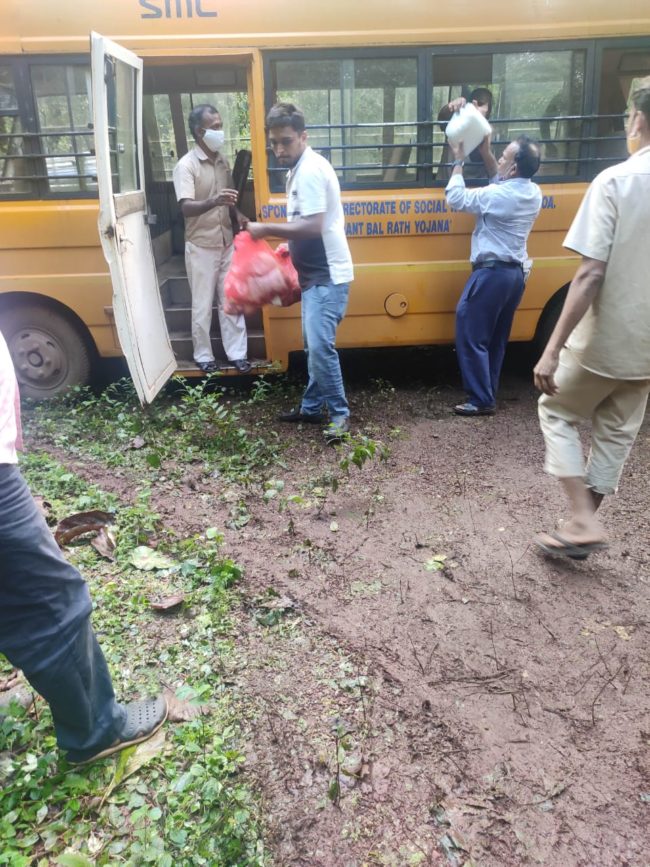 Speaking to reporters outside Taj Vivanta, during BJP President J.P.Nadda’s visit, Health Minister Vishwajit Rane said that the issue has been taken care of.
“Our people have gone there and taking care of the villagers affected by the bridge collapse in Paikul,” he said.