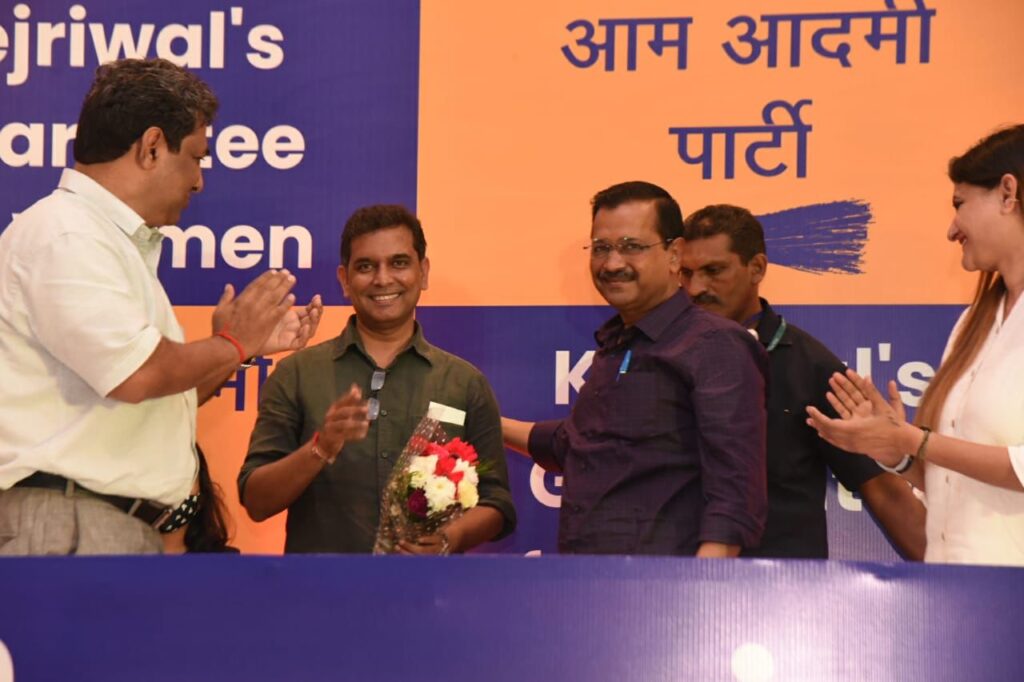 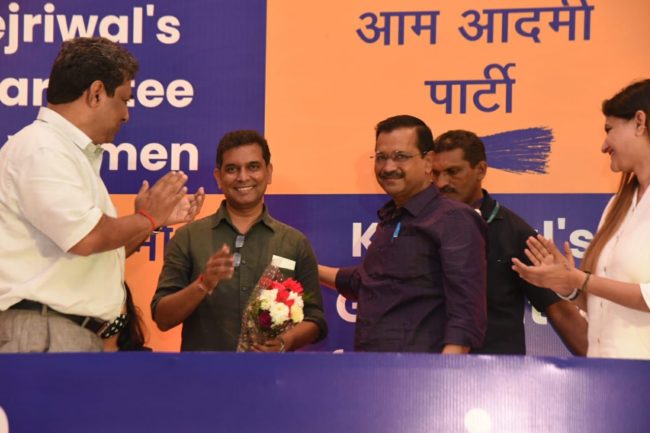 Aam Aadmi Party leader Amit Palekar who risked his life to save Old Goa heritage site received a hero’s welcome at the public meeting in Navelim, on Sunday.

AAP national convenor and Delhi CM Arvind Kejriwal personally welcomed Amit on the the stage and greets Palekar with a warm hug. Kejriwal salutes Palekar’s bravery for putting his life on the line to save Old Goa.

Kejriwal said, “Nowadays a son doesn’t care for his father, a brother doesn’t care for his brother; all of humanity has become so selfish. In such a time, Amit Palekar went on an indefinite hunger strike against the illegal structure at the Old Goa heritage site, for the whole society and for Goa. It is not an easy thing to do”.

“Amit Palekar was on an indefinite hunger strike for the five days. When his health started to deteriorate, his doctor advised him to end his fast; however, he chose to persist. I salute his family as well who bravely handled the situation and supported Amit to continue his fight”, he said.

He further said, “Don’t let this fight end here. Amit Palekar’s indefinite hunger strike is a symbolic battle to save the heritage site of Old Goa. He still has to save Goa’s politics as well. The people of Goa are very nice, honest, and hardworking. It is just the leaders who are bad. There is a need of politics cleanup. On one side some of the parties are spending Crores of rupees to buy MLAs  and on the other hand a leader went on a hunger strike for the Goans and to save the world heritage site”.

“Amit risked his life to save the Old Goa heritage site. All corrupt forces bowed down to his struggle. This victory belongs to every Goan. A fight has begun against the corrupt politics of Goa. Amit has started a revolution”, Kejriwal added.

AAP leader Amit Palekar said, “The divine presence kept me going. Nobody believed I can do a hunger strike. I was able to do this strike because of three important ladies of my life; my mom, my wife and my daughter”. 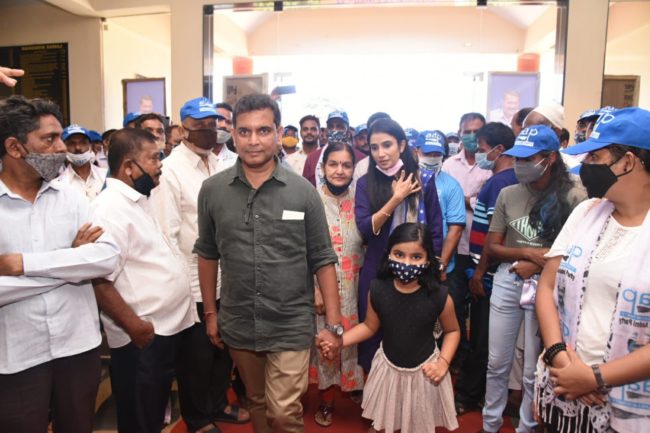 He said, “I started the fast keeping my little daughter in mind. It was a difficult day because of the sudden onset of fasting. To preserve the beauty of Old Goa for my child, I begun my fast. Second day went with the thought of my wife, who handled my business very well. On the third day of the strike, my blood pressure went high and sugar level dropped. That time I thought of my mother, who have been working for the society from the past 30 years”.

Adding he said, “On the fourth day of the strike, my health started detiorating; Arvind Kejriwal called me and advised to end the fast. But I refused to do so. Kejriwal who himself went on a hunger strike for 15 days, is my Guru. How I can end the fast within three days? If I believe him then I have to continue this fast. On the fourth day, my daughter made a video call and asked me why the CM is not accepting your demand? I told her to pray hard so that I can make it to home. With the Goenchea Saibache blessings, finally the government issued an order against the heritage site on the fifth day of the strike”.

“I garnered my strength from the other protesters like Golda, Florinda, Evaristo, Ana and others, who are continuing their hunger strike. This is just the beginning of a new revolution in Goa. This victory belongs to Goenkars. No one can destroy our Goa. I have heard 30 odd masses for the last five days. It was an amazing time and memorable one. I have been overwhelmed by the kind of support I’ve received in the last five days and still receiving messages and calls from the Goans”, he said.

Palekar stated that this battle isn’t over yet. He will take this fight forward as an Advocate and ensure that structure is demolished. He said, “When the common man rises, Goa wins. The revolution that has started over Old Goa issue has unified every Goan in the state”.

He further said, “I was overwhelmed to have encouragement from Arvind Kejriwal. His humility, honesty and vision, is an inspiration for those, who want to make the holistic transformation in the society.
Goa and Goans look for a truly dedicated and micromanaged Government”.