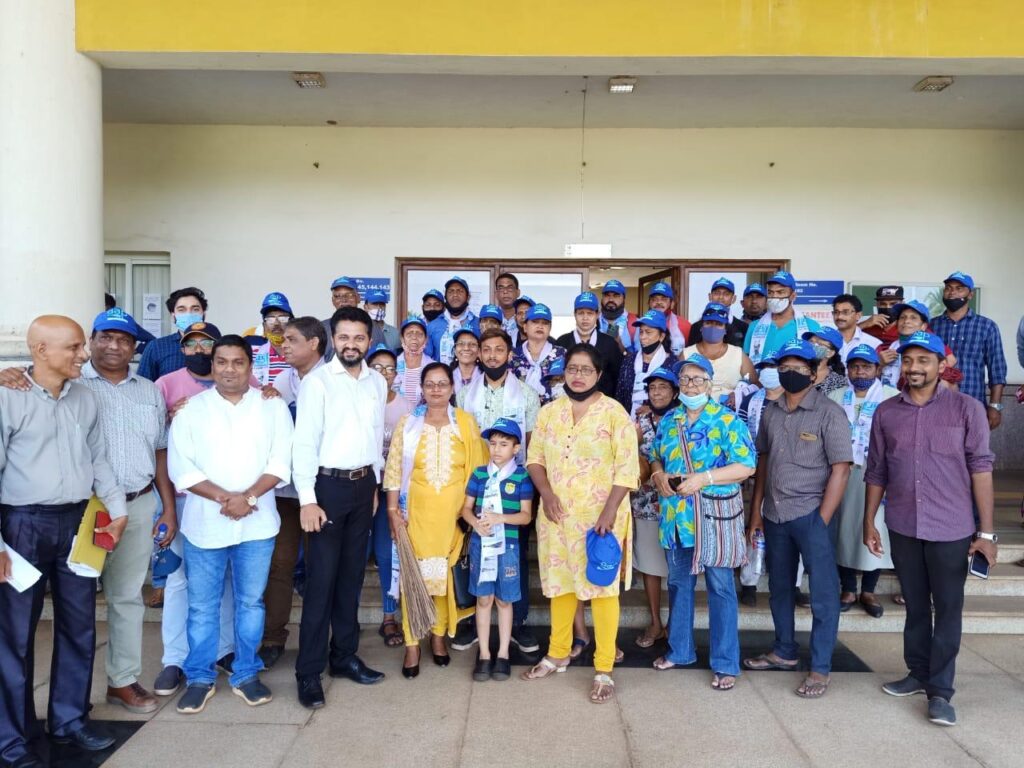 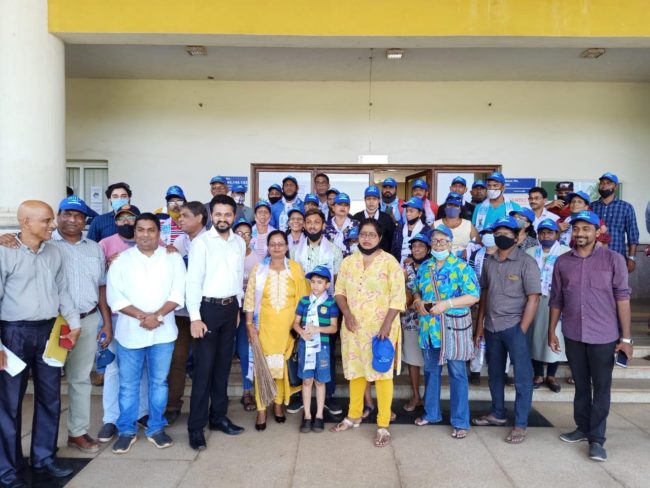 Panaji:Matilda D’Silva today filed her nomination as the Aam Aadmi Party candidate for the Zilla Panchayat bye elections in Navelim Constituency. She was accompanied by AAP ZP member of Benaulim constituency Hanzel Fernandes and villagers of Navelim, Dramapur,Telaulim and other villages.

Matilda said necessity of basic facilities is the need of the hour and said she would strive to provide better health care to the people, manage the garbage issue in the constituency besides also trying to give quality power to the people.
Replying to a question she said she has been doing a lot of social work in the village and that was why people asked her to contest the elections.
AAP spokesperson Adv Surel Tilve who accompanied Matilda to the Returning Officer’s office said that people all over India are looking at AAP as an alternative to the corrupt system that has been ruling for all these years.
“AAP candidates won in the panchayat elections held in Mahrashtra, we won 27 seats at the Surat elections in Gujarat and just today we have won 4 of the 5 seats at MCD in Delhi where the BJP scored zero,” he said.
He urged the people Navelim ZP constituency to vote for AAP for a better future and Matilda hoped the people will do so. AAP leader Capt Venzy Viegas was also present.