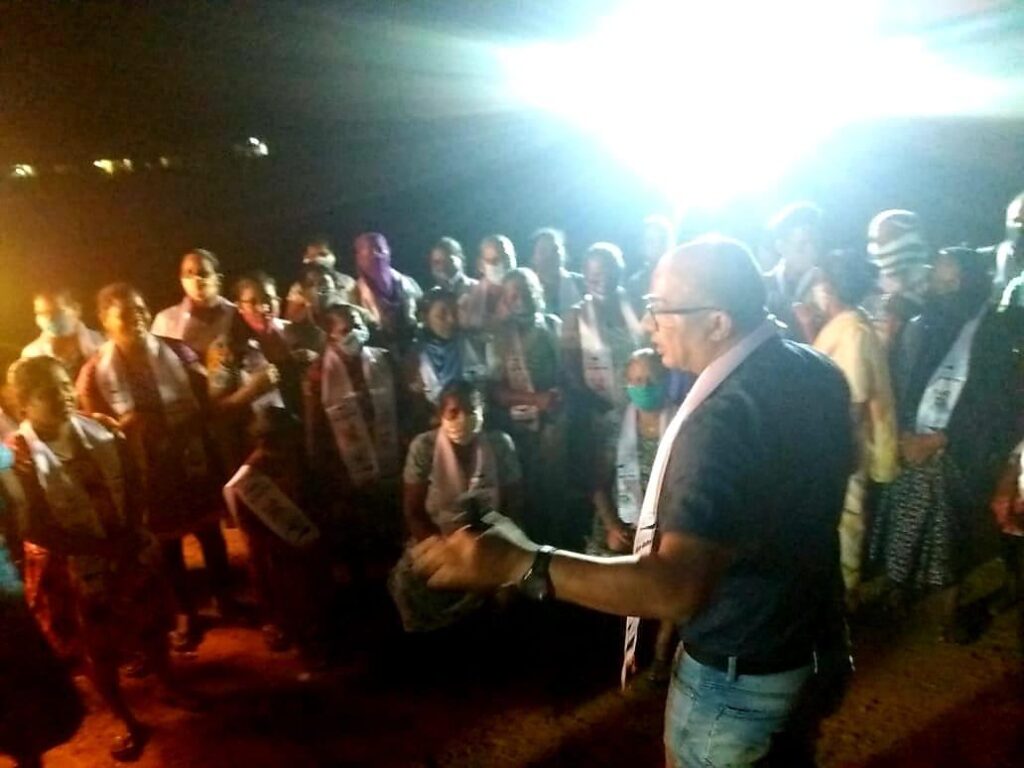 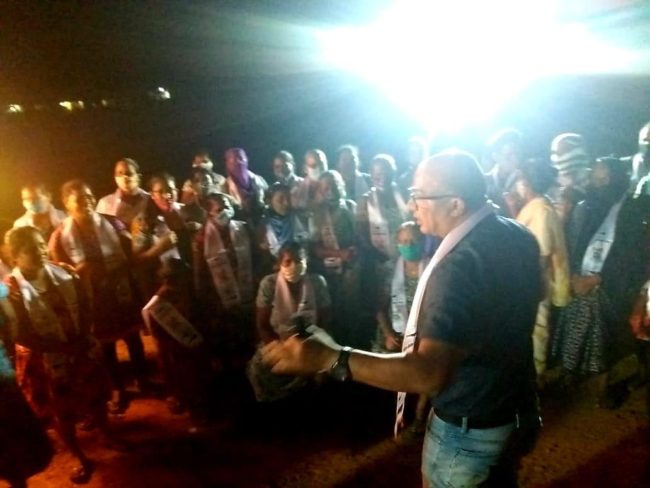 Mopa people have been protesting peacefully for over a couple of months now against the acquisition of their land for Link road purpose, various minister gave assurance to the people of Mopa and Pernem over the same issue yet failed to solve their problems. The land acquisition will lead to destruction of houses of the locals and farmland who have tilling the land for their livelihood for many years. The high handedness and use of machineries which we had seen in Melauli , the same force is used by the government to suppress the voice of the locals who were peacefully protesting to protect their land where even the senior citizens were also assaulted today by police under the direction of BJP lead Government in Goa.

AAP leader Adv. Prasad Shahapurkar and Pundalik Dhargalkar along with AAP Goa Convener Rahul Mhambre visited the Mapusa police station and enquired about the arrest. No charges have been registered as yet said the PS. While the Pernem PSI is still not available on this issue. Adv. Prasad said he will be assisting the people arrested on the legal aspects of bail and also promised his parties support to the people arrested and protesting for their right. AAP also slammed Sawant Sarkar on their move towards making Goa swayampurnna, Chief Minister hold high dreams of making the entire Goa Self reliable and on the other hand is all set to destroy the people who are already swayampurnna and atmanirbhar. Rahul Mhambre also criticized that CM Sawant is distributing Krishi Cards to the people of pernem, what is the use of Krishi Cards when his officers are grabbing lands on the direction of Crony Capitalists? BJP Govt is destroying fields and snatching the source of living. He also recalled the Melauli issue where the state government for their benefit were trying to acquire the land of the locals by using police force, where the videos of women been trampled under and the brutal attack on the locals went viral. Sawant’s mentions of reaching out to the last person in the state and his dream of leading Goa on the lines of Atmanirbhar Bharat and swayampurna seems to have failed to resolve the problems of Goans. Is Sawant government really serious about their move towards making Goa Swayampura or is he really interested in following the High command order to protect his seat and power.

AAP condemns this dictatorial attitude and mindset of the government to arrest the people who are peacefully protesting for their rights, Aam Adami party will stand with the people of Mopa until justice is provided on this land acquisition issue at the earliest.