AAP Guards Goa Candidates After Congress Moved Its Own To Resort: Sources 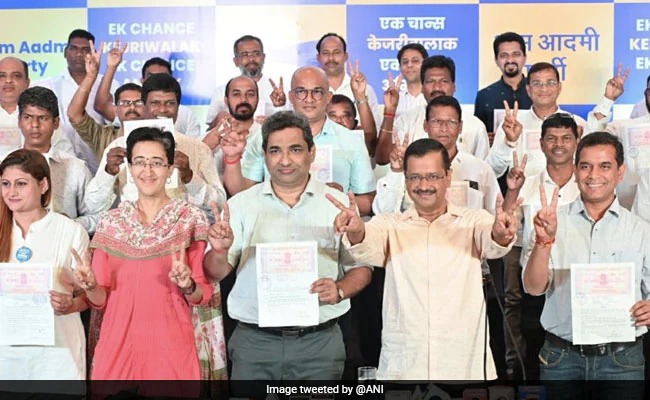 PANAJI: A day after Congress moved its MLA candidates in Goa to a resort, the Aam Aadmi Party has also moved to keep its own candidates under guard. Sources say AAP candidates have been put together at certain locations in the state.
With predictions of a hung assembly and Congress’s neck and neck fight with the BJP in Goa, both AAP and Congress have started ring-fencing their candidates to avoid a 2017 repeat.
Congress has reportedly moved its candidates to a resort in north Goa, where they will stay until Thursday’s counting of votes is over and the results are out.
The exit polls have also predicted three seats for Mamata Banerjee’s Trinamool Congress – a situation that might push it to the role of kingmaker.
The Aam Aadmi Party, exit polls said, might draw a blank but the Congress apparently, is not taking any chances, given the outcome last time.
Senior Congress leader P Chidambaram, who is in Goa ahead of the assembly election results, told media that his party is also on the guard against “those who steal candidates”.
Referring to the 2017 polls results, when the Congress failed to form the government in Goa despite emerging as the single largest party, he said the party is “doubly guarding” its house and will not let it “be burgled” this time.
Congress is also in touch with other parties for an “anti-BJP front”. Asked by NDTV if he was in touch with AAP and TMC, its known adversaries in other states like Bengal and Delhi, Mr Chidambaram said, “Not me directly, but Goan leaders of our party are in touch with Goan leaders of other parties”.
The Trinamool had earlier proposed an alliance of the Congress and other parties to take on the ruling BJP. But Mr Chidambaram had snubbed the party, saying that its proposal for a tie-up in Goa was “not considered” as it had poached Congress leaders (like Luizinho Faleiro).
CommentsElections to the 40-member Goa Assembly were held on February 14 and the results will be declared on March 10.