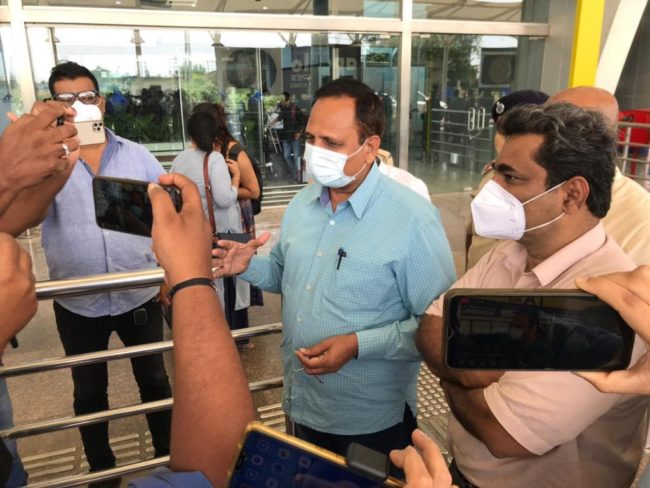 After a week of excitement and expectation from Goans, the Aam Aadmi Party Power Minister Honorable Shri Satyendar Jain arrives in Goa today to take on Nilesh Cabral in what is definitely the nation’s first debate on electricity issues between two Power Ministers! Goa will finally witness a debate on the merits of the Kejriwal Model! After a much changing of Goal Posts by Nilesh Cabral, the Aam Aadmi Party looks forward to take Goans the question “Should Public Money Be used for Purchasing MLAs or Free 24/7 electricity”.

On arrival the Power Minister Honorable Shri Satyendar Jain said “If Ministers can be given free Electricity than why can’t common Goans who work hard for their families be given the same?”

The BJP & Nilesh Cabral have been in a tizzy since AAP National Convenor and Delhi CM announced that upon coming to power Aam Aadmi Party will give up to 300 units of free electricity in the state while ensuring 24×7 constant power supply. 87% people of Goa will get zero bills due to this policy, a version of which is already active in Delhi. Over and above this Old electricity bills will be forgiven and farmers will be given free electricity.