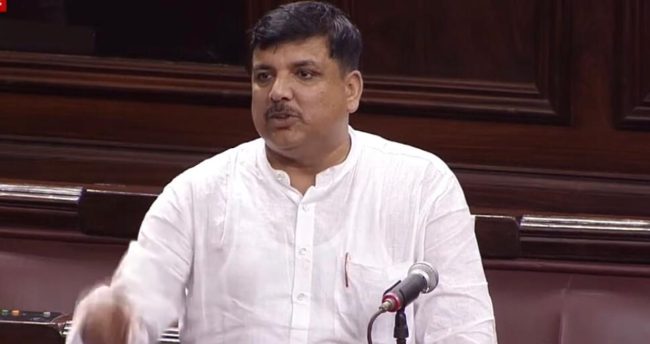 NEWS DELHI: While none of the Congress or BJP MPs from Goa have raised the issue in Parliament to date, AAP MP Sanjay Singh on Monday spoke on Goa’s mining issue in the Rajya Sabha. While addressing the speaker, he highlighted that in 2012, the Justice M.B.Shah Commission published a report on illegal mining in Goa. The report stated that all mining activities were closed owing to a Rs.35,000 crores illegal mining scam. A decision was taken to close the mining process in 88 mines that were given on lease.

AAP MP Sanjay Singh iterated that 30% of Goa’s economy is dependent on mining. “Close to 3 lakh households used to earn their livelihood through those 88 mines. It’s been 9 years since the decision yet there is no talk of resuming mining,” he said.

He added, “Among those rendered jobless were mining workers, dumper operators and hawkers and most still remain jobless. A few of them have committed suicide as well.”

He criticized the Goa Govt saying that despite the Hon’ble Supreme Court directing the auctioning of mines, Goa’s BJP Government has ignored it and renewed the lease of mining.

“This was done to help close allies and relatives of BJP while ignoring the plight of three lakh Goan families. Why is the center not intervening in this even though both the Centre and Goa have a BJP government?” he asked the Hon’ble minister, requesting him to follow the auction guidelines laid down by the Supreme Court to start the mining process again.

AAP MP also questioned the inaction by the government on the Rs. 35,000 crores scam and asked if any action has been taken. He concluded, “The only action that has been taken is against innocent Goan families that were helping the Goan economy grow by doing working hard. These have been pushed into abject poverty.”

“GOA has two MPs, one from Congress and one from BJP, one is a minister as well, none of them ever bothered to raise the issue of mining. AAP rose to the occasion and took this issue in parliament, we have been saying that both BJP and Congress has no intentions to resolve the issues faced by Goans. 3 lakh families jobless from last 9 years and no one bats an eye. AAP will keep working on such issues which impacts the economy of Goans”, said Rahul Mhambre (AAP GOA Convener)