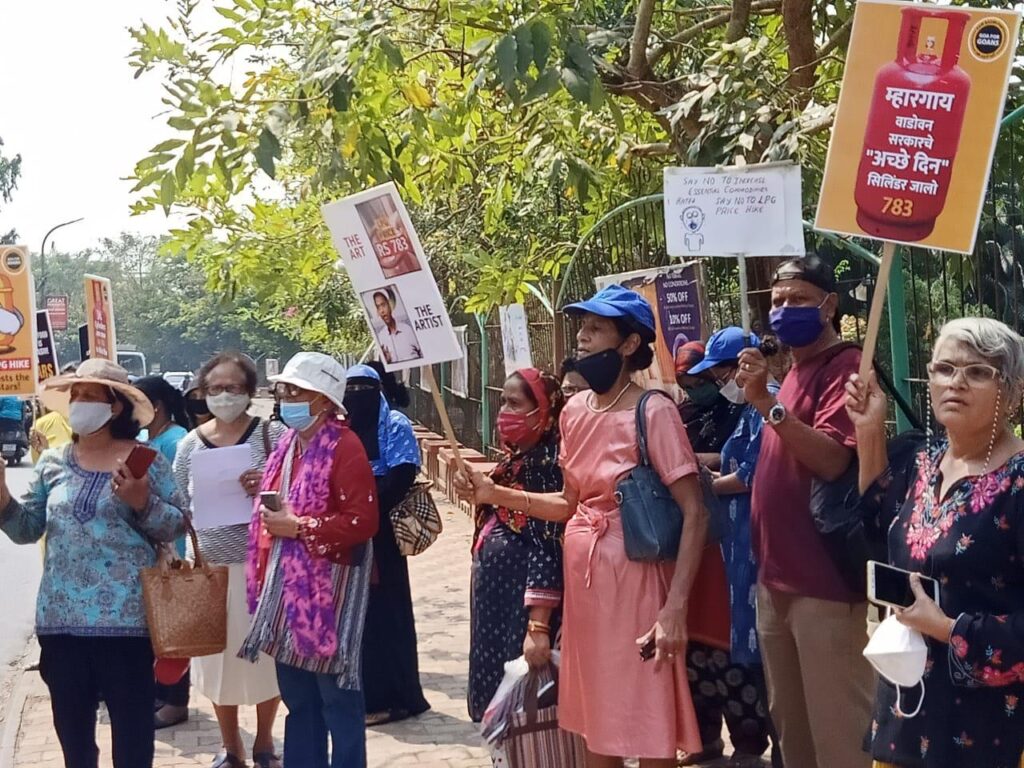 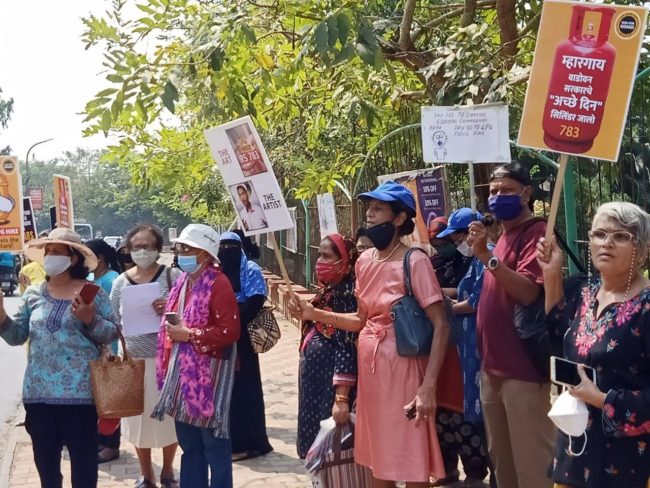 Panaji: Aam Aadmi Party women’s wing today held a demonstration in front of the old collectorate building and later submitted a memorandum to the civil supplies department housed there protesting against the increase in LPG price.

Matilda D’Silva who was AAP’s candidate from Navelim at the Zilla Panchayat elections lambasted chief minister Dr Pramod Sawant for increasing the prices of LPG from Rs. 600 per cylinder to Rs. 783 per cylinder which she said was very steep particularly in the times of pandemic.

“Our children have lost their jobs and instead of decreasing the prices to help people cope with the financial crisis the chief minister has increased the price of the cylinder by over Rs. 150,” she said while accusing the chief minister of being insensitive to the problems faced by women.

She lamented that the government has stopped the pension that was being paid to the elderly and instead has increased the electricity and water bills which is increasing the cost of living which is going beyond the means of the ordinary middle class.

Maclean Coutinho rued the fact that while the Congress had cheated the people of Goa the BJP which was brought to power to bring about a change is now taking Goans for a ride and asserted that Goans will no longer be susegad and instead will protest by all means against the “ache din”.

“The petrol prices have gone up again and how are we supposed to manage our affairs. Senior citizens dole has been stopped and we have had no help from the government and now it has actually raised the gas prices which is truly frustrating,” she said.

Geraldine Fernandes prices of even essential commodities like onion have gone up and the government is time and again bringing us on the streets to protest against their policies which are against the people and please stop harassing ethnic Goans.

“What is the point of having a government no bothered about people like in Delhi the people got so many facilities but why did we not get anything in Goa,” she said while pointing out that dole to women was increased in Delhi besides the taxi and rickshaw drivers were given free ration during the lockdown period while in Goa the government did nothing.

Patricia Fernandes pointed out that practically every second day they are forced to come out on the streets to protest against the anti Goan and anti people policies of the BJP and said increasing prices is making it very difficult for them to keep the kitchen fires going and wondered what they should cook.

Matilda Dias pointed out that while the government had increased the petrol prices a few days back the increase in gas cylinder prices is come as yet another blow particularly as most of the youngsters working overseas or onboard are at home at the moment with no income.