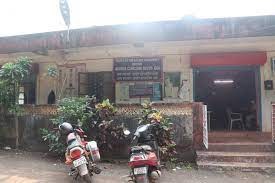 Goemkarponn desk
CANACONA: Alleging a colleague panch had abused and issued threats to kill, a panch from Agonda panchayat filed a police complaint against the colleague Panch member.
A morcha was planned at Agonda panchayat by panch and members of Mudkud ward (warns no.1) to demand action against the alleged Panch member of Agonda panchayat on Monday evening but was withdrawn after the Sarpanch’ didn’t turn up in the panchayat office.
However, according to Mudkud ward Panch Karuna Faldessai, a police complaint was submitted against Mudcheli panch Fernandes for insult, criminal intimidation, giving threats of dire consequences to Canacona police, who took an undertaking from the accused panch on Monday morning.
As per the police complaint, panch Karuna Faldessai approached the panchayat to question Sarpanch for giving a NOC for Construction in her ward without taking her views into consideration, but the Sarpanch Fatima Rodrigues was not found in the cabin.
As the Sarpanch was not there, but the panch John Fernandes was seen, Karuna Faldessai casually asked to give her the phone number of the person to whom the Construction NOC was issued without her consent.
“The accused panch got furious and started shouting at her. Further, the accused panch gave me the threat to kill me with his gun and told because I am a Lady, he was leaving me and, in front of the staff and one person (present in a panchayat at that time) shouted at me to get out of the panchayat premises, or otherwise, I will face dire consequences and came to assault me,” Karuna Faldessai wrote in her complaint to police.
Interestingly, over a few dozen of supporters and ward members had assembled at Panchayat Ghar to question the Sarpanch for the alleged insult of their Panch Karuna Faldessai. However, as the Sarpanch failed to turn up at the office, the crowd slowly dispersed with a couple of supporters informally talking to the media that their panch was asked not to talk to the media, while the panch, after agreeing Sarpanch was not officially informed of the abuse and threats to her by panch John Fernandes informed since the matter is already resolved by police, she doesn’t want to initiate it further.
Incidentally, panch Karuna Faldessai along with Panch John Fernandes, are well-known supporters of the rulling 5-members panel led by sarpanch Fatima Rodrigues in the 5 members Agonda Panchayat.-