All round development in Benaulim, says Churchil 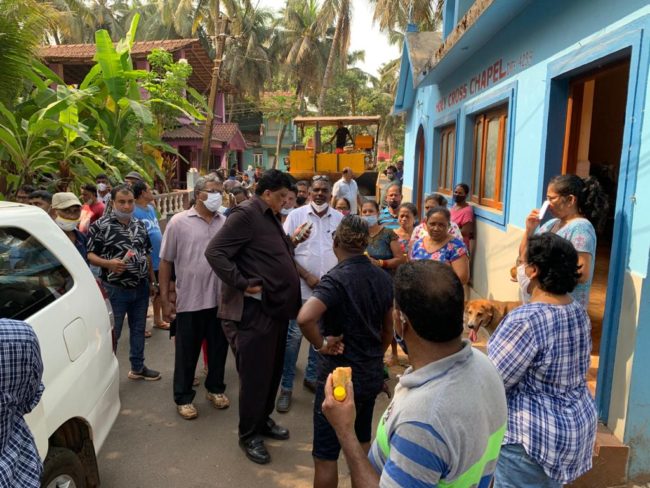 Goenkarponn desk
MARGAO: Benaulim MLA Churchill Alemao on Tuesday inaugurated hot mixing of internal roads in Benaulim Panchayat, which is tqken up at an estimated cost of Rs 6 crore.

While speaking to media Alemao said he always worked for development of constituency.

“Today we have taken hotmixing of internal roads of Benaulim panchayat area and this will continue in full constituency,” he said.

He said the hotmixing is done almost after gap of 7 to 8 years.

“Last time when I was representing Benaulim, I had done the hotmixing. later the MLA who represented failed to do progress and took Benaulim backward,” he stated.

Alemao said the two major projects during former MLA’s tenure are troubling the Benaulimkars. One is the STP plant on colva ground and setting up of traffic cell at Colva.

“Till now Colva was not having a full flaged healthcare centre, now I have brought health center with all facilities. The long pending demands of people of Salcete is now going to take place as the work of dredging of River Sal is going on at a cost of Rs 16 Crore, which has been sanctioned and work have been half completed,” he said.

Alemao aaid that during his tenure many projects have been taken place and almost in final stage of completion.