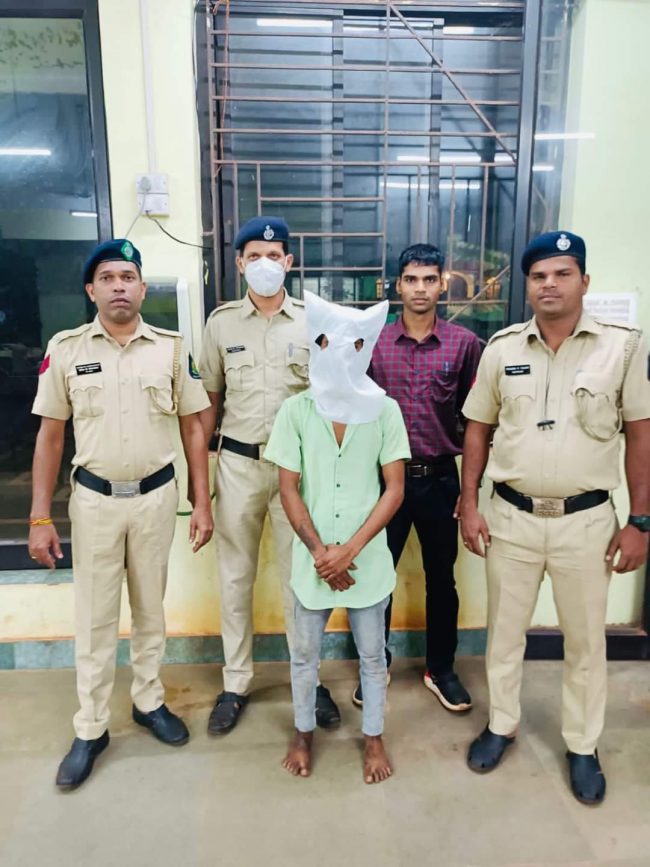 Goemkrponn desk
ANJUNA: Anjuna Police have arrested one taxi driver for molesting a tourist lady at Anjuna.
As per SDPO Mapusa Jivba Dalvi, yesterday midnight, the tourist lady native of Chennai landed at Dabolim airport and boarded a sharing taxi to Anjuna. Further, while the other passengers got down at Panaji, she proceeded to Anjuna. However, while getting down, the taxi driver molested her by grabbing her. She immediately ran into the villa and complained today.
Upon receipt of the complaint, the taxi number was identified by the police as GA-06-T-3258, and the driver of the said taxi Mr Mithun Shrikant Gaur N/o Gulbarga, Karnataka, was apprehended and placed under arrest U/S 354-A within 02 hours of lodging the complaint by PI Prashal Dessai and PSI Sahil Warang.
Further investigation is in progress under the supervision of SDPO MAPUSA Jivba Dalvi and SP North Shobit Saxena IPS.