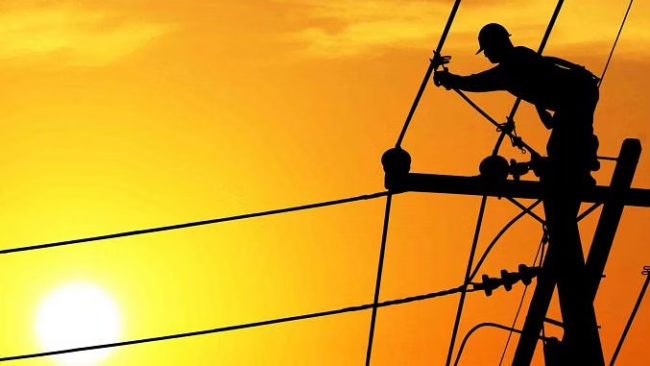 SANKHALIM: Even before the full-fledged monsoon begins, two precious lives have been lost in the last week. After the death of a sewerage worker, an electrical linesman died today after a fall from an electrical pole.
Information reveals that the linesman helper Sanjay Gaonkar of Thane, Sattari, was working on the damaged pole line at Kankire.
Eyewitnesses said that Gaonkar got an electrical shock due to minor leakage and fell to the ground.
They said he died of injuries he received in the fall.
After the incident, the family refused to take the body of Sanjay Gaonkar to perform the final rights.
They demanded a written assurance of adequate compensation from the government or the Electricity department.
Speaking to reporters, Power Minister Sudin Dhavalikar said that he will visit the residence of Gaonkar tomorrow.
“I will make sure the family is compensated,” he said.
When contacted, the Chief Electrical Engineer (CEC), Stephen Fernandes, said he had asked for a detailed report from the officials.
“As of now, I am told he had a fall after getting a shock from leakage, and he succumbed to the injury of falling. Nonetheless, I have asked for a detailed report,” he stated.
Asked whether the linesman was not wearing protective gear, he said. “I have asked for a detailed report. Once I get the details, I will share the information. We will see if there was any negligence on the part of anyone, and action would be initiated based on the report.”