Arjun Tendulkar was acquired by the Mumbai Indians team in the IPL 2021 auction but did not get a chance to play a single match. 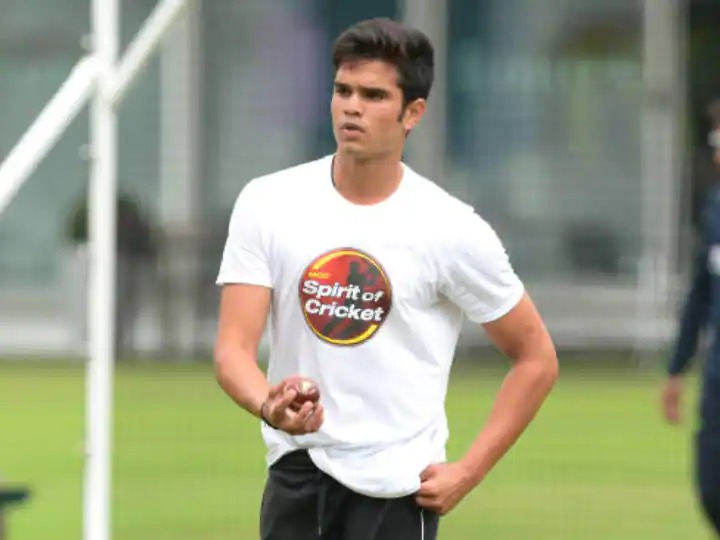 Goemkarponn desk
PANAJI: Arjun Tendulkar debut: Legend Sachin Tendulkar’s son Arjun Tendulkar might soon be making his debut in T20 cricket for Goa, next week. The young all-rounder has been included in the Goa cricket team for the upcoming Syed Mushtaq Ali Trophy.
Arjun Tendulkar moved to Goa’s T20 squad after being constantly ignored by Mumbai. He played his first match for Mumbai in the 2020/21 season and made his debut for Mumbai in 2021 and played two T20 matches. The left-arm pacer was selected in Mumbai’s Ranji Trophy squad for the 2021/22 season, but didn’t get an opportunity to make his debut and later was dropped from the second round of the tournament.
Arjun will play in the Syed Mushtaq Ali Trophy under the captaincy of Snehal Kauthankar in Goa. Siddhesh Lad, who played for Mumbai for several seasons, is also a part of the Goa team.
Arjun Tendulkar was acquired by the Mumbai Indians team in the IPL 2021 auction but did not get a chance to play a single match.
Arjun’s father Sachin Tendulkar believes it is important for Arjun to get game time.
“Getting maximum game time on the ground is important for Arjun at this juncture of his career. We believe that the shift will improve the probability of Arjun featuring in more competitive matches. He is embarking on a new phase of his cricketing career,” Sachin was quoted as saying by Cricbuzz in August.
Goa squad for Syed Mushtaq Ali Trophy: S Kauthankar (Captain), D Goenkar, V Govekar, S Prabhudesai, T Savarkar, A Pandrekar, D Misal, Amit Yadav, S Dubashi, F Alamo, L Garg, R Naik, Arjun Tendulkar, Eknath Kerkar, Siddhesh Lad, I Gadekar, A Kaushik, V Kahlon, V Naik, M Redkaro.