Around 100 mining workers detained at Guddeghal 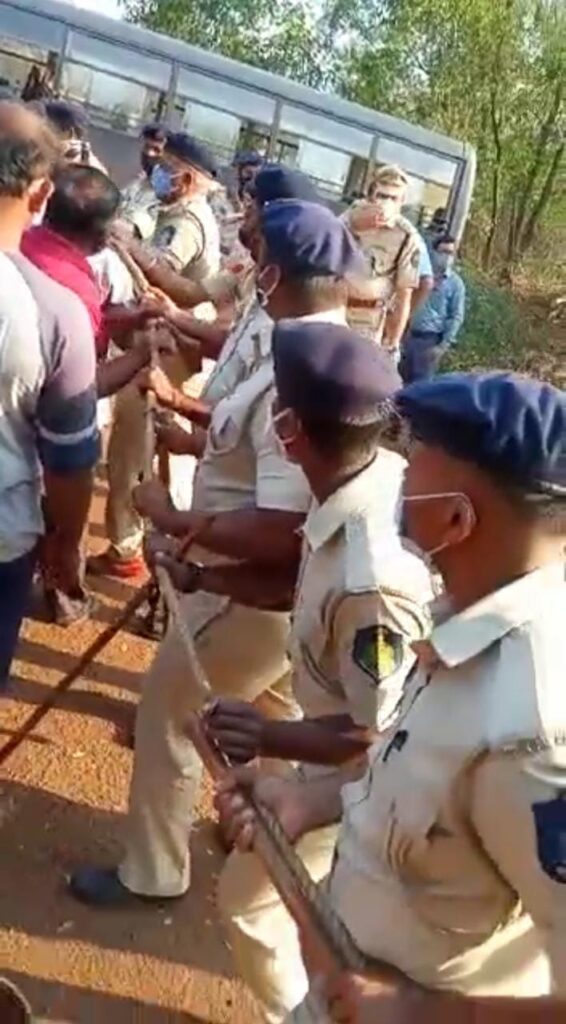 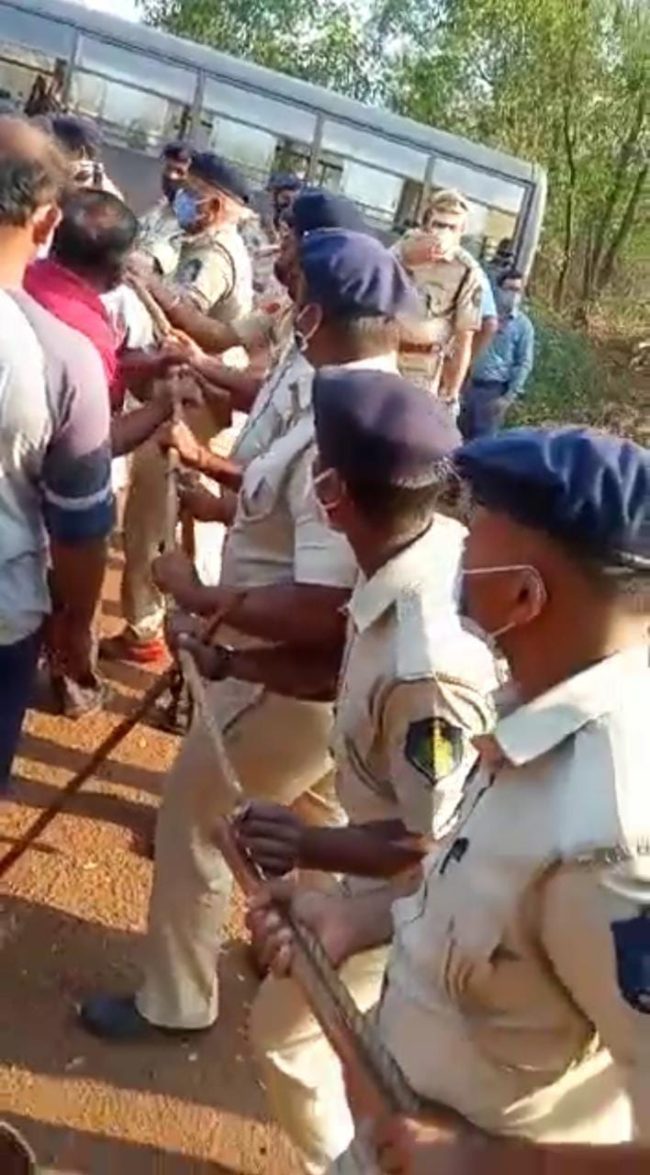 Goemkarponn desk
Curchorem: Around 100 workers of the Fomento mines at Gudeghal were detained this morning by the Curchorem and Quepem police after the workers protested against the company engaging contract labourers.
The workers were detained after after they stopped transportation of ore. They were taken to Curchoem and Quepem police station.
According to workers the issue had started from 2015,when 219 workers were terminated from the company.
The workers said they had agitated peacefully against the issue besides writing letters to letters to government.
“Before assembly elections now PWD Minister Deepak Pauskar had assured us to stand with us,” Nilesh Naik president of Workers Association of Gudeghal Mines said.
The workers said that while they were terminated the government allowed transportation of e-auctioned ore for which the mining companies have hired contract labourers.
“After termination we got half payment from company because we are regular workers of companies, but bnow that has also stopped, We the issue is of our livelihood,” they said.