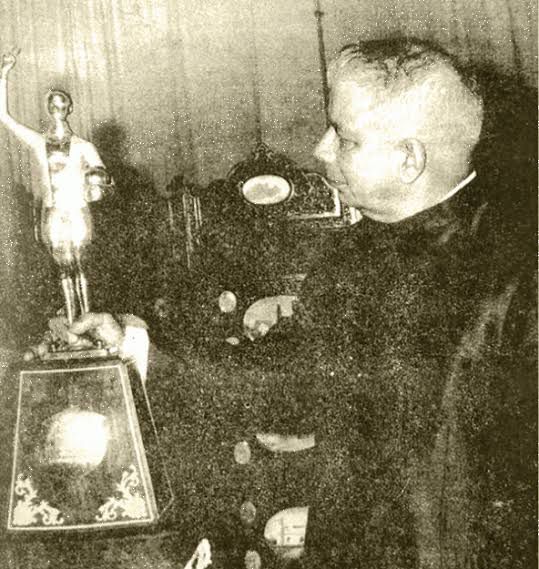 PANAJI: Former Corporation of the City of Panaji (CCP) Mayor Uday Madkaikar, who is also a gold Smith today, has claimed that the Bandodkar trophy is gold plated and not gold.
The Bandodkar Gold Trophy was all this while reportedly believed to be made of solid gold. For safety reasons, it was placed in a bank locker since it was donated by the state’s first Chief Minister, Dayanand Bandodkar, in 1969. A year later, one of the country’s most prestigious football tournaments kicked off.
“As a Gold Smith, when I was called by then GFA President Elvis Gomes in the year 2016, to check and revaluate the trophy, it was found that Bandodkar Trophy is not of Gold but of Gold plated,” said Madkaikar.
He further said that Elvis Gomes also called him to the Goa Football Association office as he was also shocked by knowing the reality.
“Later, it was rechecked by two more Goldsmith, but opinion was same the trophy is Gold plated and not of Gold,” he added.
Meanwhile, GFA President Churchill Alemao has alleged that he suspects there is something fishy in the Bandodkar Trophy.
“The trophy is made of pure gold. Churchill said someone could have fiddled with the trophy while moving it and wants the government to conduct an inquiry into the matter. He warned that if a proper inquiry was not made, he would approach the court,” said Alemao.