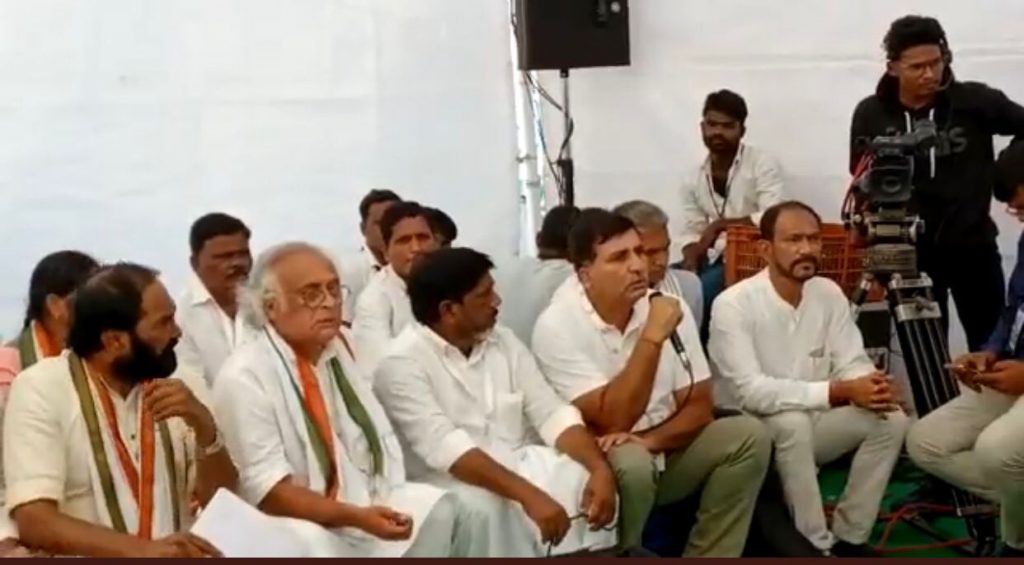 Goemkapronn desk
PANAJI: Bharat Joda Yatra launched by Congress leader Mr. Rahul Gandhi from Kanyakumari to Jammu covering distance of 3,570 km in six months for uniting people of India divided by BJP is gaining support from unexpected corner specially those non-congress & anti Congress people as well as students & youths of the country, said Girish chodankar former AICC Secretary at press conference at BJY camp site at Goplapuram, Mahbubnagar in Telangana along with Mr. Jairam Ramesh, Chairman AICC Media Dept, Capt. Uttam Kumar Reddy, Telangana CLP leader Mallu Bhatti Vikramarka, AICC incharge of Punjab Harish Chauwdhari, former Karnataka Minister Krishna Byre Gauda & others.
Chodankar said many non & anti-Congress are now participating in Yatra and listening to what we are saying. “This is a significant change that Yatra has transformed. Apart from this, students & youths who are frustrated with the BJP Government on empty promises of jobs are participating in Yatra in big numbers,” he said.
Whenever injustice is done, Mr Gandhi steps in to become their voice; Chodankar said this by recalling how he launched “Kisan Sandesh yatra” in 2011, exactly 11 years back, to protest & raise the issue of killing of innocent farmers in Bhatta Parsaul on the issue of farmers land acquisition. The achievements of this Padayatra were reforms in Land Acquisition Act with pro farmers’ law called Right to Fair Compensation and Transparency in Land Acquisition Act.
Rahul Gandhi launched now BJY to save our Bharat from divisive forces, Chodankar said and looking at the trend, he will succeed this time also by uniting India Chodankar said confidently, who participated in Padayatra in Telangana.