Bicholim yet to get control over street dogs 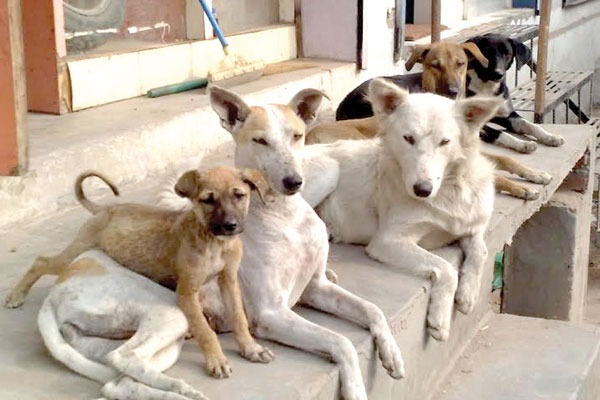 Goemakrponn desk
BICHOLIM: The Bicholim municipal council has achieved success in terms of cattle menace but is still lacking in controlling the dog menace in the city.
The residents have complained that the dog menace has been in the city, which has sometimes led to accidents.
“The dog menace is rising in the city, and there are instances where accidents have taken place because of dogs. We cannot keep things on our bikes and leave it even for a minute because of the stray dogs .” Gauri Chodankar told.
These dogs are seen moving around in groups of about 10 to 15 and threaten the people. “These dogs create chaos in the market and also spoil the market area. At night they are heard howling, and it is also dangerous to those who come to the market,” a shopkeeper said.
When contacted, the BMC Chief Officer, Kabir Shirgaonkar, told them they have signed an MOU with the world veterinary services to control dog menace and vaccination. “We have done an agreement with the world veterinary services, but because of Covid restrictions, they do not have the manpower. So we are trying to work out some other strategy to control this menace.” Shirgaonkar told.
The BMC councillor, Natekar, said that as far as the cattle menace is concerned, they have rounded about 250 cattle and given them to Gav shala at Shikeri Mayem, and there are about 150 more cattle in the city that need to be controlled.
“We have done good work as far as the cattle menace is concerned. Still, there are about 150 cattle which need to be rounded up and given to the NGO at Mayem,” Natekar told.