Bike Rally to save Goa Rivers on Sunday 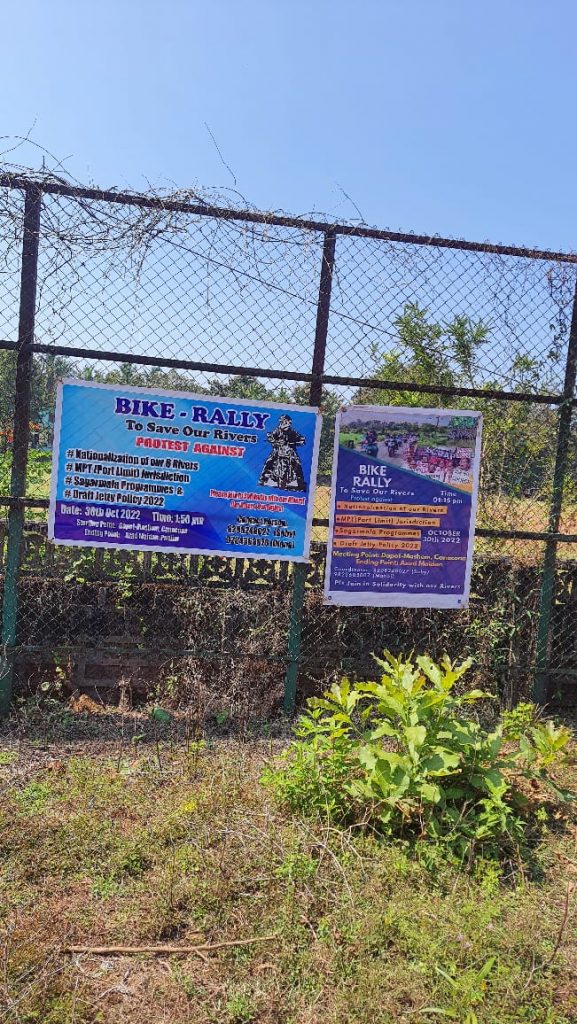 Goemkarponn desk
CANACONA – Hundreds of bikers are expected to take A Bike Rally to Save Rivers in Goa on Sunday afternoon to the capital city at Azaad Maidan to protect the Rivers from exploitation.
According to the Coordinators, the Bike Rallies are planned from different village points to protest against the Nationalisation of Rivers, MPA(port limit) Jurisdiction, Sagarmala programmes and Draft Jetty Policy 2022.
In Canacona, The Bike Rally will commence from Dapot-Maxem (Loliem), which is also the meeting point at 1.15 pm on Sunday and will culminate at Azaad Maidan, Panjim, with an address to the participants.
Stating this is an opportunity to join the mega protest, the Canacona coordinators Manoj Prabhugaongkar and Seby Barretto have appealed to the public to join the rally to show solidarity to protect rivers in the State.
Most of he villages all over the State are expected to participate in the Solidarity Bike Rally to protest the systematic degradation of water bodies in the State.
Meeting point and Starting Point at Carmona Market the bike rally will start at 2. Pm, Church Square Chandor bike Rally will start at 2.15 pm, Curtorim Market, Curtorim Rally will start at 2.45 pm, Near Church Velim will start at 2.00 pm, Modi-Giron Macazana -Curtorim Junction at 2.30 pm. Bike Rallies will also be taken from Sanguem, Ponda, Tiswadi, Salcette, Bardez, Pernem and Bicholim and most other villages to peacefully protest at Azaad Maidan.
‘If an interested person doesn’t have a motorbike and still wants to join the rally, they can do so with another mode of transport, organisers.