Biker dies in a fatal accident, wife shifted to GMC 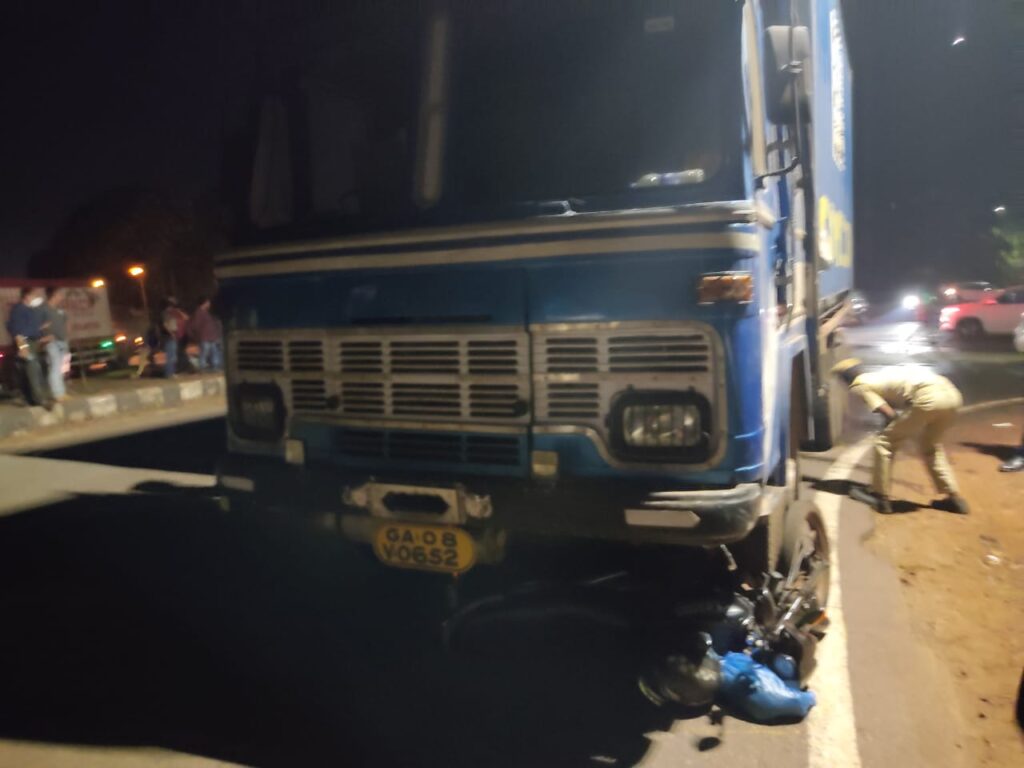 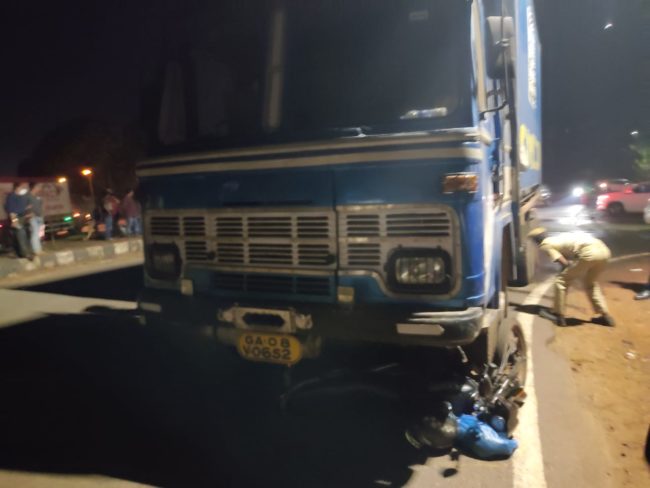 PONDA: In a fatal accident that took place Friday late evening at around 8 pm, bike rider Arjun Laxman Naik (47), a native of Thane Maharashtra and resident of Cuncoliem-Priol, died on the spot while his wife got injured and shifted to Ponda Sub District Hospital and then to GMC.
It is learnt that the bike rider came under the wheel of a Canter truck and died.
The bike rider had come to Ponda market with his wife for shopping and was proceeding from Ponda to Cuncoliem Priol, and when he reached GVM circle Farmagudi, the canter truck proceeded from Ponda to Ponda Farmagydi dashed the bike. The bike rider was dragged for almost 15 meters.
Ponda police registered an offence against Canter driver Sagar Dina Naik (42) for rash driving and arrested him. The Canter driver resides at Panchawadi Shiroda and is a native of Belgaum.