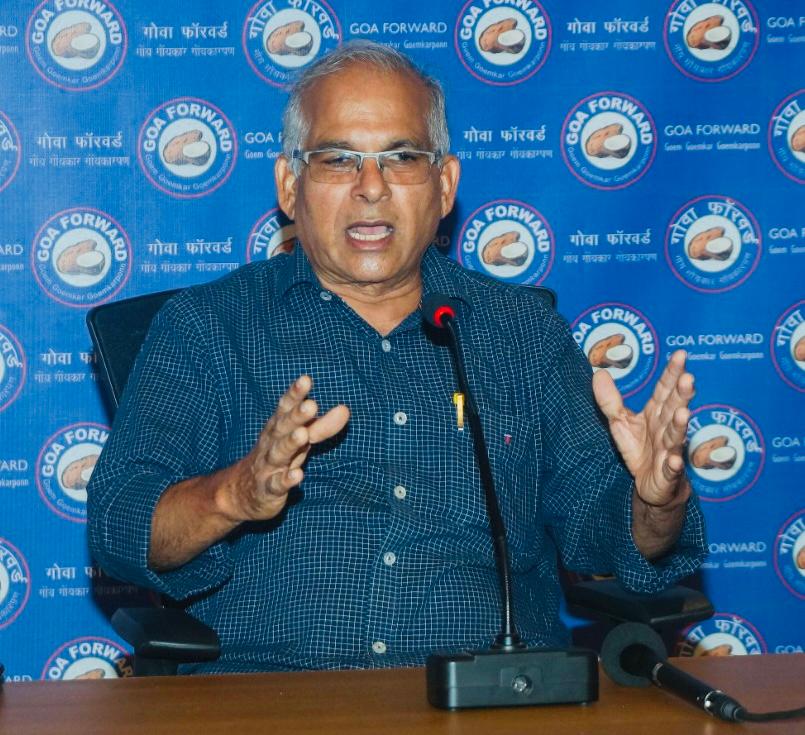 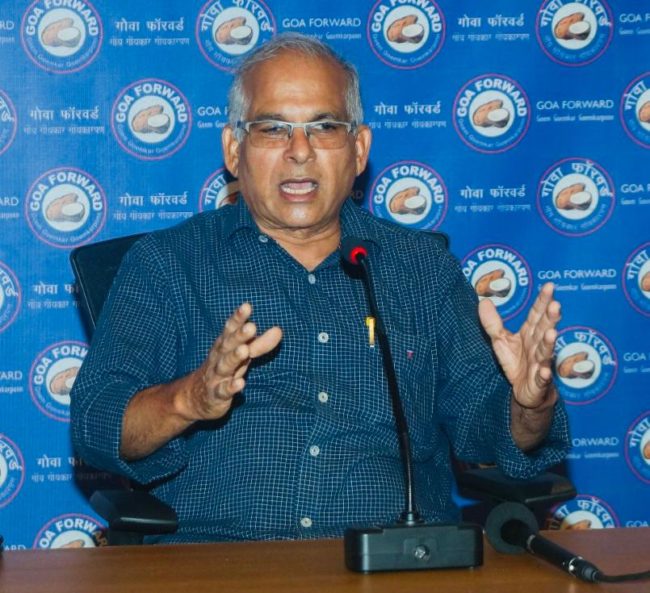 MARGAO: Mohandas Lolienkar, General Secretary of Goa Forward Party, on Wednesday said that it is surprising to see Union Govt giving rank to Goa in ‘Good Governance’ although law and order has collapsed.

Lolienkar on Wednesday addressed press conference in Margao and said that BJP’s double engines are patting each others back. “The Mechanism of Home Ministry has failed to assess the governance of Goa. The good governance rank given by central government got exposed after gang war took place in Calangute using pistols.” Lolienkar said.

He alleged that BJP government is busy in doing money out of illegal means. “Dance bar culture is taking place in Goa. But there is no action on such events.” He said.

“Ten years ago there was peace in Goa, but BJP’s regime has spoiled it. Goa’s social fabric has been destroyed.’’ He said.

Lolienkar said that COVID variant Omicron is spreading everywhere, but despite this government is not taking any actions. “During first and second wave of COVID many people died. Now government should take measures.” He said.

He appealed the people of Goa to teach a lesson to BJP government in forthcoming assembly election, as it has spoiled the social fabric of Goa.