BJP failed to keep promises given in last Manifesto: Congress 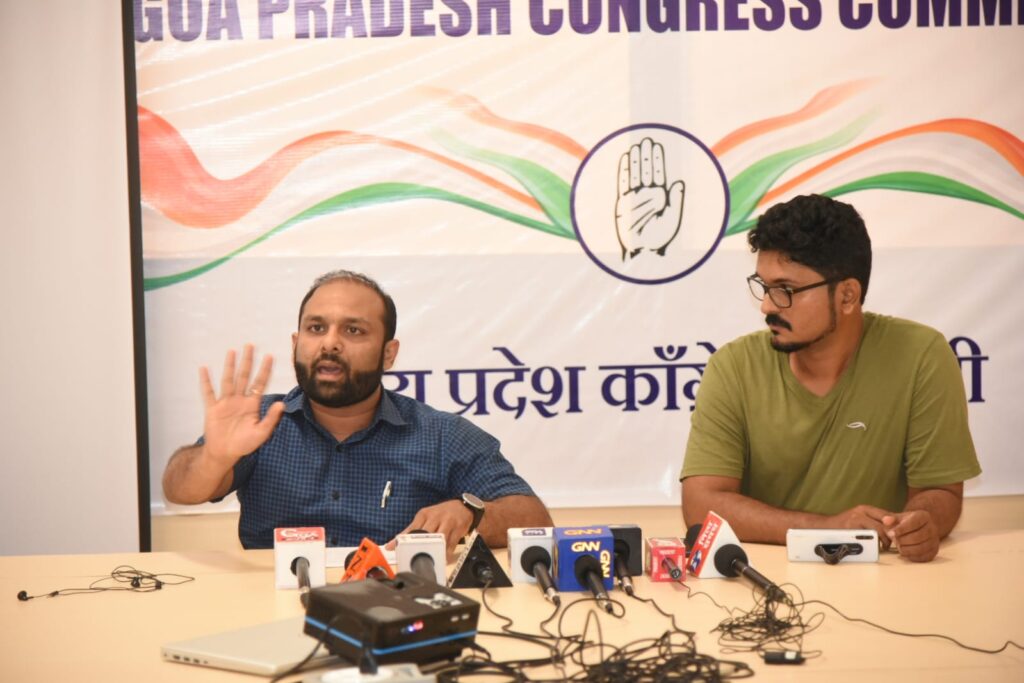 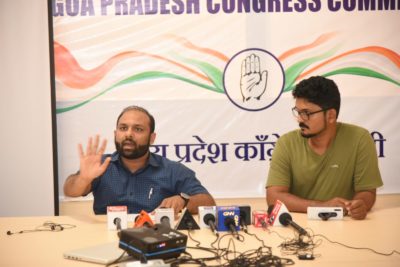 PANAJI: The GPCC General Secretary Sunil Kawthankar on Thursday said that BJP has always failed to bring its election manifesto in reality and every promise has turned into Jumla every time. “BJP failed to resume mining and also promote Goa as a tourist spot. Hence, Goa has suffered in financial area.” He said.

“Most importantly BJP and the Minister failed to make progress in the Art and culture area. Ravindra Bhavans announced in many talukas are pending. Despite spending on COVID management, BJP spent money on Kala Academy renovation, that too without tendering the work. BJP failed to encourage Local artiste and promote art and cultural tourism in Goa. “ he said.

He requested BJP not to release Manifesto, but release ‘Moneyfesto’ so the people come to know how much corruption has taken place in their regime.

“Goa is on the world map. But the BJP government failed to ensure the development and promote tourism. It failed to generate employment, however it sold the jobs. Allegations are leveled by BJP’s own MLAs.” He said.

He said that former Prime Minister of India Atal Bihari Vajpayee is a tall leader of BJP and respected by all. “But BJP failed to take care of Atal Setu bridge which is named after Vajpayee. Infrastructure is the third class of BJP. Atal Setu is in the worst condition with potholes. At least BJP should respect the name of Vajpayee.” Kawthankar said.
He said that BJP should tell the people of Goa before going for election as to why they failed to bring their manifesto in reality despite having a double engine government.
“Traffic mismanagement is the worst in Goa. Hotmixing is not done properly. This has resulted in additional cost of servicing of vehicles.” He said.
He added that the World Class Convention Center promised by BJP is also not seen anywhere.
“BJP failed in creating the infrastructure of Transport. Public transport is not available during night time. Bus stands at Mapusa and Margao are in bad condition. ” He said.
He also said that BJP failed to give High Speed Broadband to the people of Goa, which is every election promise of BJP.
“BJP failed in Power supply and providing potable water. However, people are forced to pay increased bills. Fuel prices have skyrocketed.” He said.
He said that Para teachers were promised to regularize, however BJP did injustice to them. “IIT and NIT projects are also incomplete.”He said.
“BJP had promised to make Beaches and tourist spots Plastic free. But where is the implementation of it” He said.
BJP had promised to implement inflation linked schemes, but people have not benefited from it. Anganwadi teachers were lathicharged, who were promised to give solace, Kawthankar added.
He said that the BJP government failed to tackle COVID and the health sector is in the worst condition. “AYUSH hospitals have not come into reality. Means in every area this government has failed.
“National games are not taking place, and the State was fined as the government was reluctant to go ahead.” He pointed out.