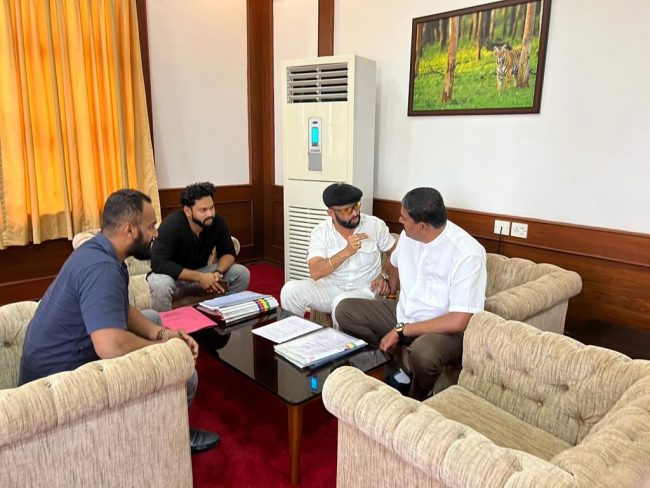 CANACONA – In a major embarassment to Canacona BJP, Congress charged that the just concluded Assembly ended without being presented a single issue of Canacona even as the constituency is reeling under several matters of concern.

Infact, Canacona Congress informed, that after Power Minister exposed the failure of Canacona MLA of submitting any proposal/demand, GPCC General Secretary Janardhan Bhandari immediately rushed to Assembly and appraised Dy. CLP Leader Sankalp Amonkar and other Congress MLAs about various issues and development work of Canacona, and they(congress MLA’s) assured to raise the same in next Assembly session.

‘The just concluded session of the Assembly clearly exposed the double stance of Canacona MLA. When MLAs of other assemblies raised issues of their respective constituencies on the floor of Assembly, no issues of Canacona were raised even by other MLAs of BJP’.

Janardhan Bhandari, who was Canacona Congress candidate for the last assembly elections, asserted that the present campaign of so called “Visiion Canacona 2030” is only a farce which was exposed when electricity department has revealed that no demand made for requirement of material in Canacona and thus the MLA of Canacoan is just making time pass by convening meeting with government officers without any seriousness.

‘Instead what we can see is Canacoan MLA is only busy in self development through his school, his Party Mandals and only selective Bhaktas of BJP ‘, charged Bhandari.

As the MLA of Canacona failed to raise the issues of Canacona, Janardhan Bhandari met the Dy. CLP leader Sankalp Amonkar and appraised him about the various serious problems of Canacona which need urgent attention.