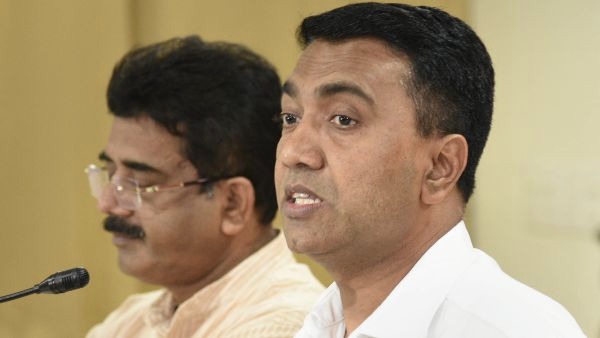 PANAJI: Chief Minister Pramod Sawant, who arrives late at night from Delhi, informed that the BJP’s final list of candidates will be announced on January 19.
CM Sawant and BJP State President Sadanand Tanavade, and BJP Organisation Secretary Satish Dhond had gone to New Delhi to attend the BJP’s parliamentary board meeting.
“The final list of candidates will be out on January 19; we had gone to Delhi to discuss on the election strategies and also the BJP wanted to review poll preparedness in the state,” said CM Sawant
He further said that the state unit is fully prepared for polls and will contest on all the constituencies and win with majority numbers.
“I welcome EC guidelines on COVID. We are giving more stress on small meets and door to door campaigns,” he added.
Goa elections will be conducted in only one phase, which will fall on February 14. Counting of votes will be held on March 10.
The poll dates were announced by Chief Election Commissioner Sushil Chandra at a press conference earlier this month.
Notably, while the BJP is the ruling party in Goa, in opposition are Goa Forward Party, Maharashtrawadi Gomantak Party, Congress and debutant Aam Aadmi Party (AAP), as well as the Trinamool Congress.