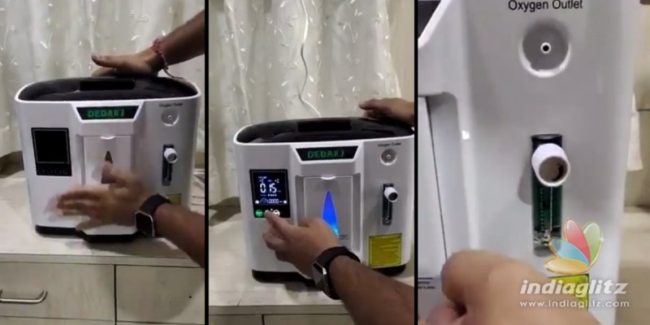 PANAJI: Aam Aadmi Party said that the continued power shortages in large parts of the state demonstrate that the BJP Govt has failed yet again, even as the CM Pramod Sawant tries hard to portray a false image in media that everything is under control. With multiple consecutive failures on various fronts such as the pandemic, the cyclone, and the economy, State Convenor Rahul Mhambre has said the BJP itself is the biggest disaster facing Goans now.

Referring to the failure of the Govt to address the power outages in the wake of cyclone Tauktae, Mhambre demanded to know who is in charge of the Power ministry in the absence of the minister due to health issues.

“We wish Mr. Nilesh Cabral a speedy recovery and good health. But CM Sawant must announce who is responsible for restoring power supply today? Goans have been silently suffering for the past 72 hours, and helpline numbers are not reachable. Who is taking decisions and who is directing and supervising the Electricity Department to ensure they have everything they need to fix the problems?” Mhambre asked.

Mhambre questioned whether a single MLAs house is without power, and stated that the CM needs to ensure that electricity department staff is not diverted to give priority to fix the power outages of VIPs over the common man.

Mhambre praised the dedication and valour with which the frontline workers have been helping clear the destruction wreaked by the cyclone.

“It was thanks to the untiring efforts of the Fire Dept, Goa Police, Electricity Dept and sanitation workers that some sort of normalcy was restored. Hundreds of trees and other obstructions that had fallen across roads were cleared within the first 24 hours,” Mhambre said.

AAP leader Valmiki Naik, while commending the frontline workers, expressed anguish that even Goa Police personnel were seen clearing trees with nothing but a chopper and their bare hands. Naik demanded to know why the local MLAs could not arrange chainsaws and even basic safety gear such as hardhats & raincoats.

Pointing out that there was a lot of news coverage of cyclone preparedness meetings held by CM Sawant with PM Modi himself, Naik demanded to know what was discussed in these meetings.

“A single NDRF team was sent for the entire state of Goa, when we were within a 100 miles of the eye of the cyclone. There were no arrangements for cyclone shelters, heavy machinery, safety equipment etc in most parts of the state. The CM again announced that he had a conversation with PM Modi about the effects of the cyclone, but there were no details given of providing emergency relief, restoring power etc. Was there anything worthwhile discussed in these much-publicised meetings before and after the cyclone, or were they just for headline management?” Naik asked.

Mhambre demanded that, with widespread destruction witnessed across the state, District Collectors should have camps in each taluka to assess the damage caused to house and property, and compensation and assistance should be provided immediately as their condition will worsen during the monsoons which are just around the corner.