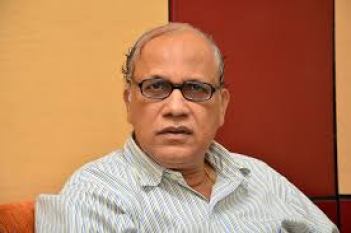 MARGAO: The corrupt and insensitive BJP Government, which failed to provide jobs and create employment opportunities, implement the “Goemche Daiz” Scheme and Goa Vision 2035 Document, restart legal and sustainable Mining in the last ten years, has no moral right to turn back the pages of history and divert the attention of the people from the core issues charged Leader of Opposition Digambar Kamat.
Sharply reacting to the allegations of misrule and corruption levelled against him by Chief Minister Dr Pramod Sawant and BJP President Sadanand Shet Tanawade, Leader of Opposition Digambar Kamat stated that BJP has created history by obtaining a “Certificate of Corruption” from a sitting Governor and Goa Lokayukta for its misrule from 2012 to 2022.
The BJP Leaders must read and understand the visionary schemes initiated by the Congress during my regime before making baseless statements for cheap political publicity, said Digambar Kamat refuting the charge made by BJP President that no Social Welfare Schemes were initiated by the Congress Government from 2007 to 2012.
It is most unfortunate that the BJP Government, after coming to power in 2012, shelved the “Goemche Daiz” Scheme, which was initiated by my Government to help traditional occupations like Khajekar, Fulkar, Render, Poder, Motorcycle Pilot, Kakonkar and others. The non-implementation of the scheme is a sin committed by the insensitive BJP Government, which the Goans will never forgive. The irresponsible act of the BJP pushed the traditional occupations under a huge financial burden.
The failure of the Government to provide promised 50000 jobs and restart legal and sustainable Mining in the last ten years despite having the so-called double engine Government has completely exposed the chicanery of the BJP.
BJP has lost the moral right to ask for votes from the families of those Covid Victims murdered by the BJP Government with an acute shortage of oxygen during the peak of the Covid Pandemic. It is loud and clear that 14th February will be the beginning of an end to the BJP misrule from the entire country Digambar Kamat said.