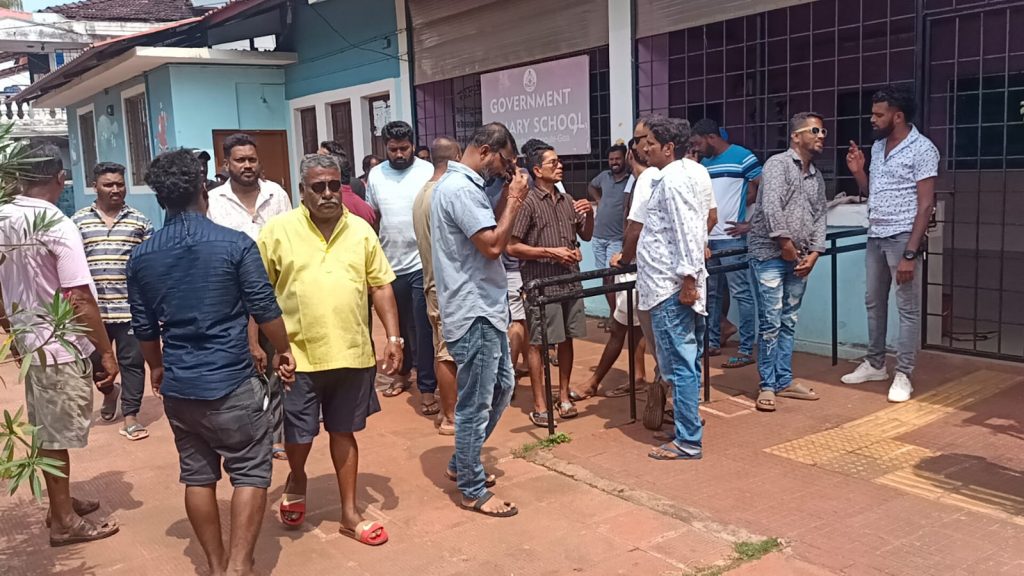 Goemkarponn desk
CALANGUTE: Calangute locals went up in arms after authorities swung into action to demarcate an area in a primary school at Sautwaddo Calangute.
Locals later cornered the authorities and questioned them about how a tower could be erected on school premises also situated in densely populated areas. “Officials told us they don’t require anyone’s permission, and they have the right to construct the tower, locals alleged.
The locals later filed an objection letter to PWD signed by villagers.
On Friday, the locals held a solidarity protest in school and warned they won’t allow a tower to be erected here at any cost.
“We don’t oppose towers, but instead of schools, they should be erected in a densely populated area,” locals said.
Later, villagers met Calangute Sarpanch and demanded his intervention in the matter.
Joseph Sequeira said no permission was taken from the panchayat, and the panchayat will object to this tower.