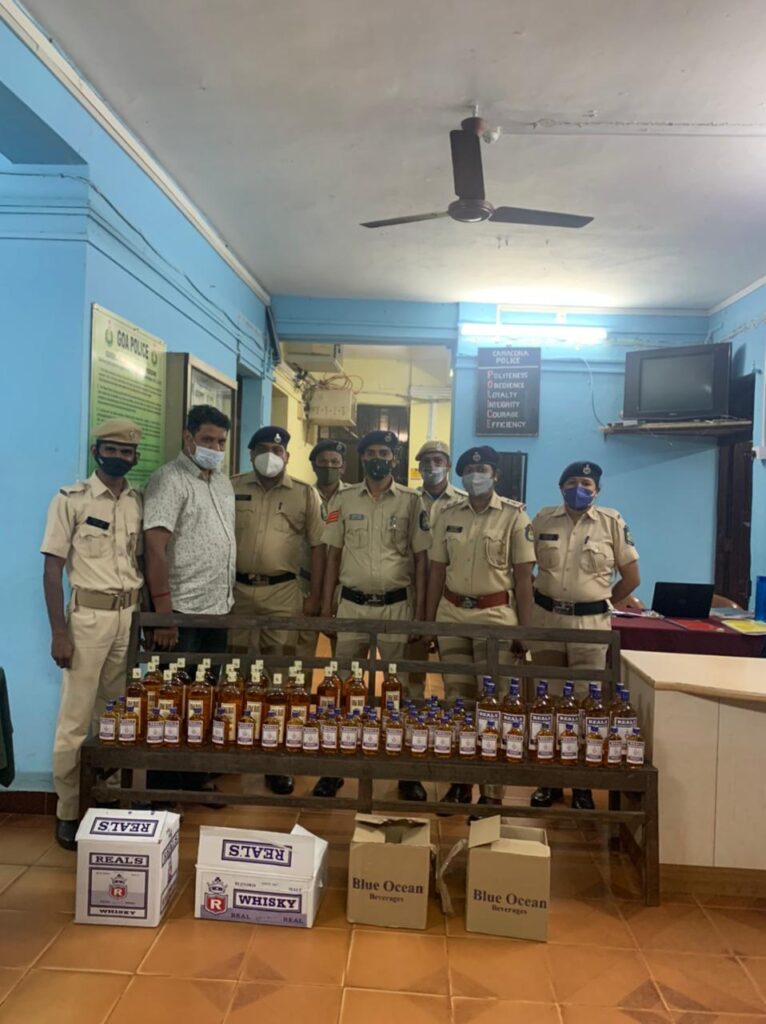 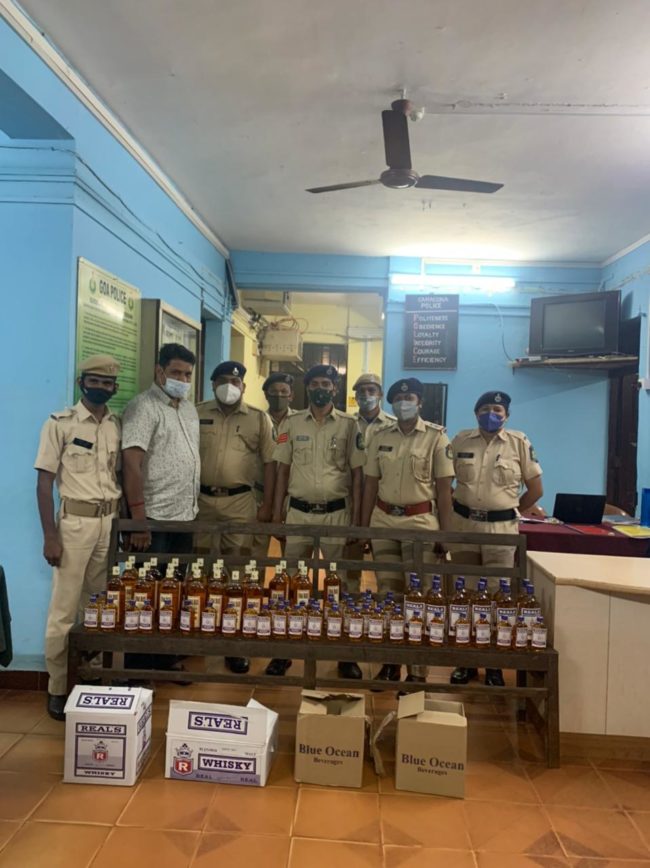 CANACONA: Canacona police managed to seize an illegal liquor consignment worth Rs. 5256/ brought for loading into a Train near Canacona Konkan Railway Station late Thursday evening.
According to the Canacona PI Pravin Gawas, policemen noticed some liquor boxes stocked nearby KRC Station at Nagorcem, apparently kept ready to load it into a Train.