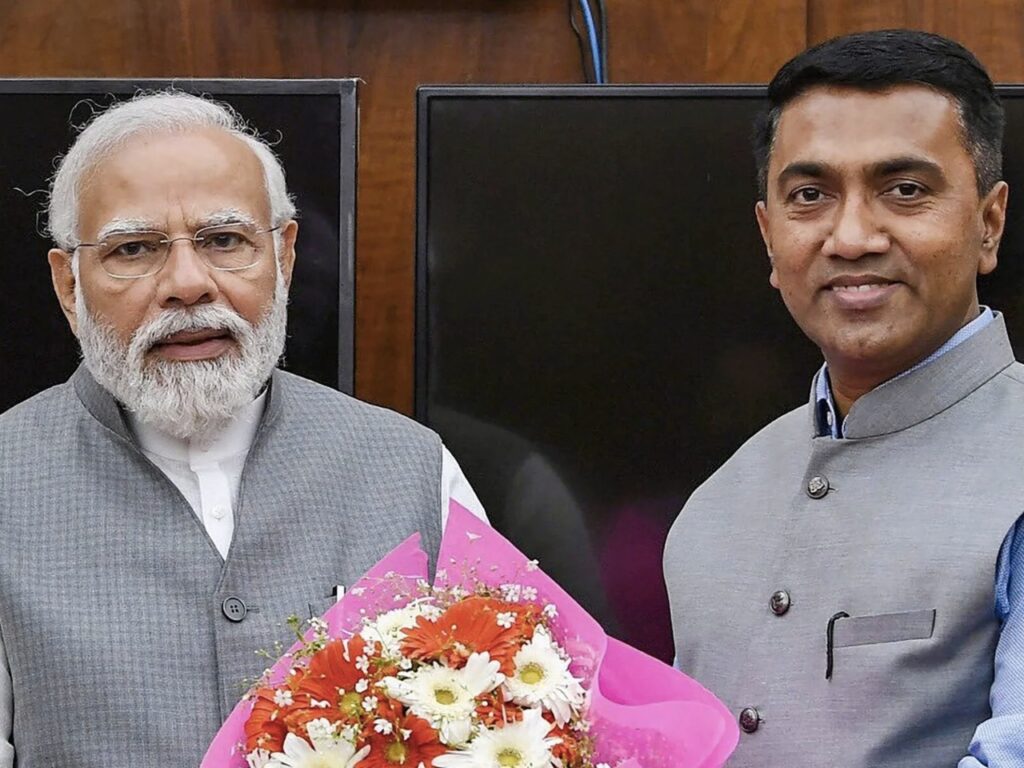 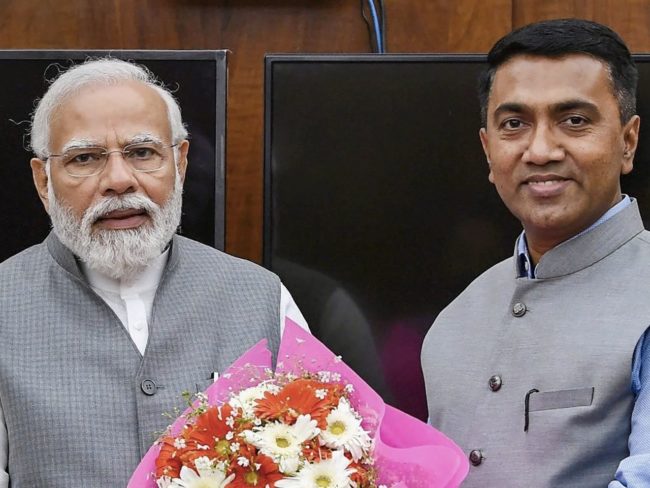 TALEIGAO: Caretaker Chief Minister Pramod Sawant today personally held an inspection at the Dr Shyama Prasad Mukherjee Stadium and took stock of the preparation of the swearing-in.
He later directed the Director-General of Police and officer Serafino Dias not to block traffic for Prime Minister Narendra Modi’s arrival.
Last month when PM arrived for the election rally, the roads were blocked, and people had to face inconvenience, Sawant told DGP.
“This time PM will arrive by chopper from Dabolim so there is no need for closure of roads, he said.
Pramod Sawant will take oath as the Goa Chief Minister for the second term on March 28.
“Prime Minister Narendra Modi and Home Minister Amit will also participate in the swearing-in ceremony and have invited BJP President JP Nadda for the ceremony,” said Sawant while interacting with media persons.
He further said that apart from Modi, Shah, BJP national President J.P. Nadda, and Chief Ministers of seven BJP-ruled states are also expected to be present.
“We have not received any communication from the PMO office on whether there will be any meeting after the swearing-in ceremony,” he added.
Sawant also informed that they have invited Religious leaders from all religions.
The swearing-in ceremony that was expected to be held at the Darbar Hall of the Goa Raj Bhavan in Dona Paula will, however, be held at the Dr Shyama Prasad Mukherjee indoor stadium in Taleigao.
BJP president Sadanand Tanavade said that chief ministers Shivraj Singh Chouhan of Madhya Pradesh, Himanta Biswa Sarma of Assam and Basavraj Bommai of Karnataka are also expected to attend the event.
Tanavade said that it was likely that the newly sworn-in chief ministers Yogi Adityanath of Uttar Pradesh and Pushkar Singh Dhami of Uttarakhand may also attend the ceremony is expected to have about 5,000 people in attendance.