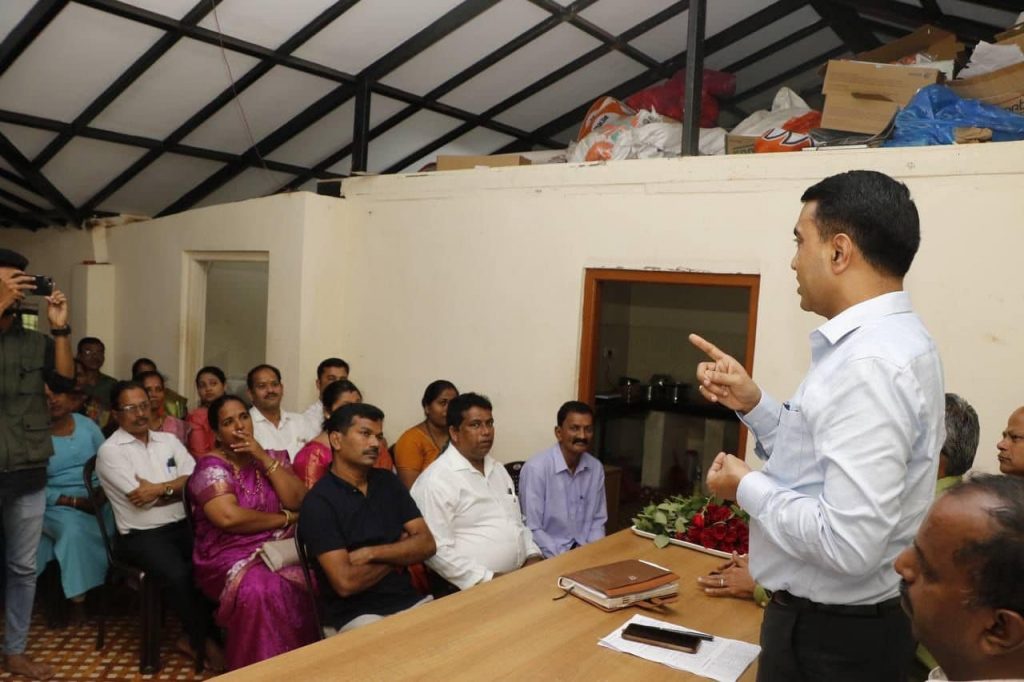 Goemkarponn desk
PANAJI: Goa Chief Minister Pramod Sawant appealed to all newly elected panchayat members to be a part of the government’s ‘Swayampurna Goa’ scheme and make it a success.
The scheme was launched during the previous Sawant-led government with an aim to explore opportunities within the villages to make them self-sustainable.
Addressing a state-level function in Panaji to celebrate the country’s 76th Independence Day, Sawant said, “I appeal to all the newly elected panchayat members to take part in the ‘Swayampurna Goa 2.0’ initiative.” The panchayat elections were held in the coastal state last week.
Sawant said all schemes initiated by Prime Minister Narendra Modi are taken to the people.
The CM said his government took up various programmes under the ‘Swayampurna Goa’ scheme, reaching out to every household in the coastal state.
Six-seven programmes initiated by the PM had 100 per cent implementation in the state. Even for the next year, all 13 flagship programmes of the central government would be implemented cent per cent, he said.
The CM said the panchayat members should forget their political differences and NGOs should also pitch in to implement these schemes. “I appeal to everyone to help the government in 100 per cent implementation of these schemes,” he said.
As part of the Chief Minister Rojgar Yojana scheme, 6,780 people were sanctioned funds and the government distributed Rs 20 crore for the purpose of self-employment, the CM said. “Under the Goa tribal employment generation scheme, we have covered 91 beneficiaries,” he said.
The state government has completed all infrastructure projects within the specified time frame, he added.