Citizens, Students, and eminent personalities along with party karyakartas were part of Yatra 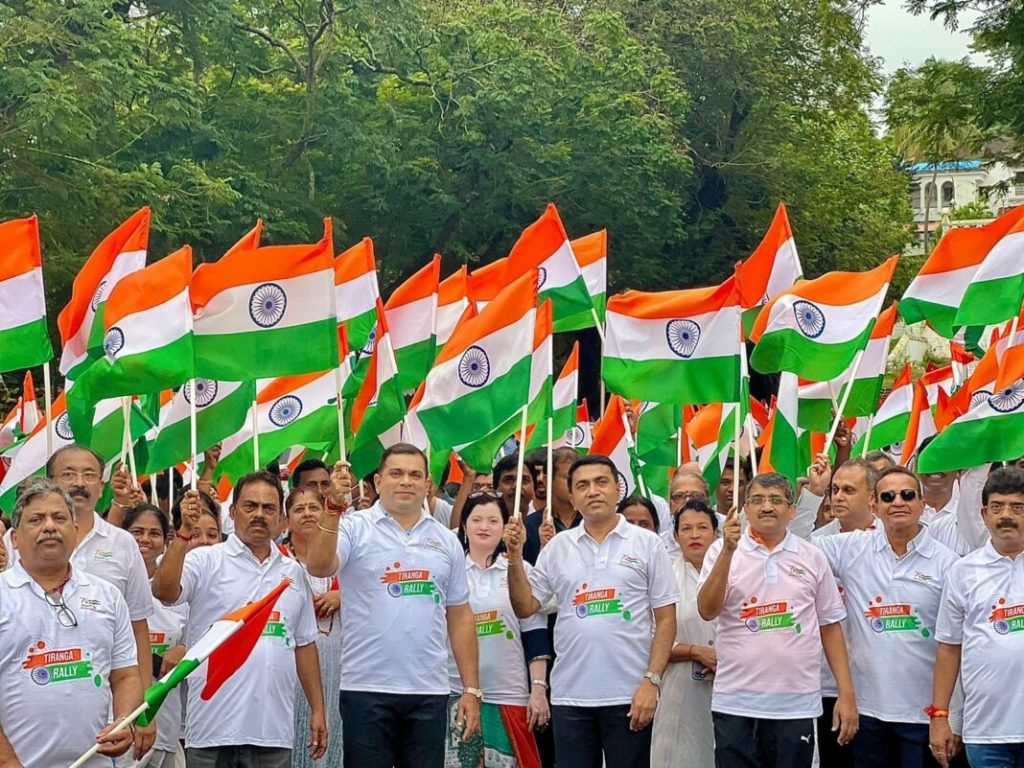 Goemkarponn desk
PANAJI: As a part of the Azadi Ka Amrit Mahotsav, Chief Minister Pramod Sawant today flagged off the Tiranga Yatra from the capital.
Hundreds of people, including BJP state President, Karyakartas, eminent personalities from different sectors, People from North Goa, and Students of various schools, participated in the Yatra in large numbers.
“On this occasion, I salute all the Freedom Fighters and all those who fought for the Independence of India. I thank all those who participated in the Tiranga Yatra,” said CM Sawant during the yatra.
He further said that Start Up India and other initiatives are contributing to the country’s progress. 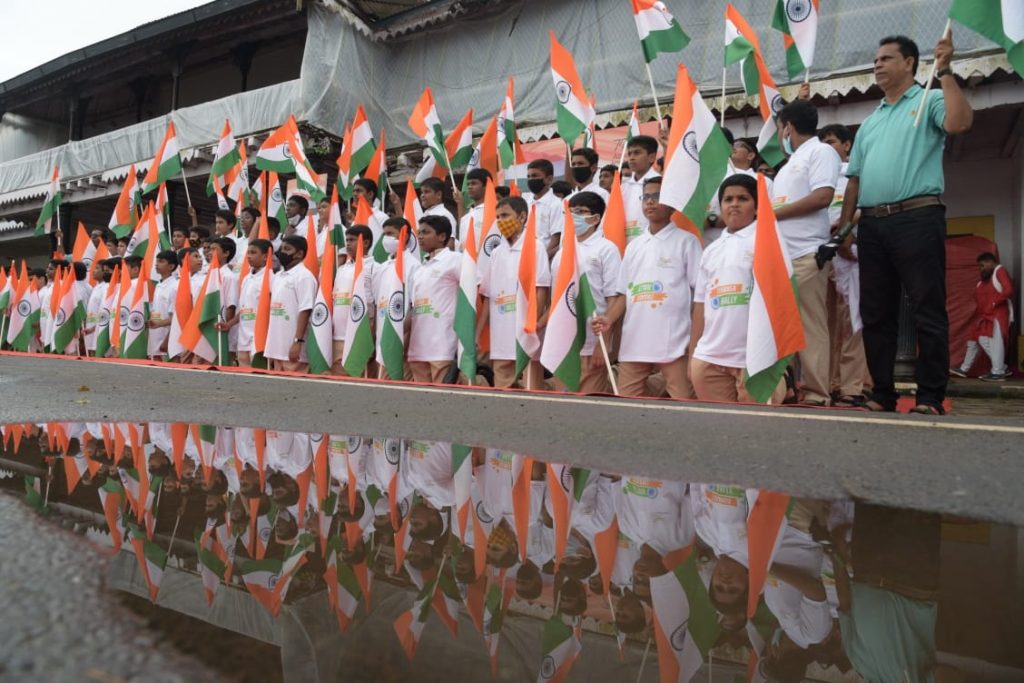 “A yatra has been organised in Margao today that will be led by Minister Nilesh Cabral”, he added.
BJP President Sadanand Tanavade appealed to the people of Goa to bring the national flag home as a nation celebrates its 75th year of independence, invoke the feeling of patriotism in the people’s hearts and promote awareness about the Indian National Flag.
Tourism Minister Rohan Khaunte was also a part of the Yatra.
“Feeling Proud as the National Tricolour Flag is hoisted at my home. Recalling with Gratitude the sacrifices of our Freedom Fighters who made this possible and Requesting Every Citizen to join the HarGharTiranga campaign,” said Khaunte. 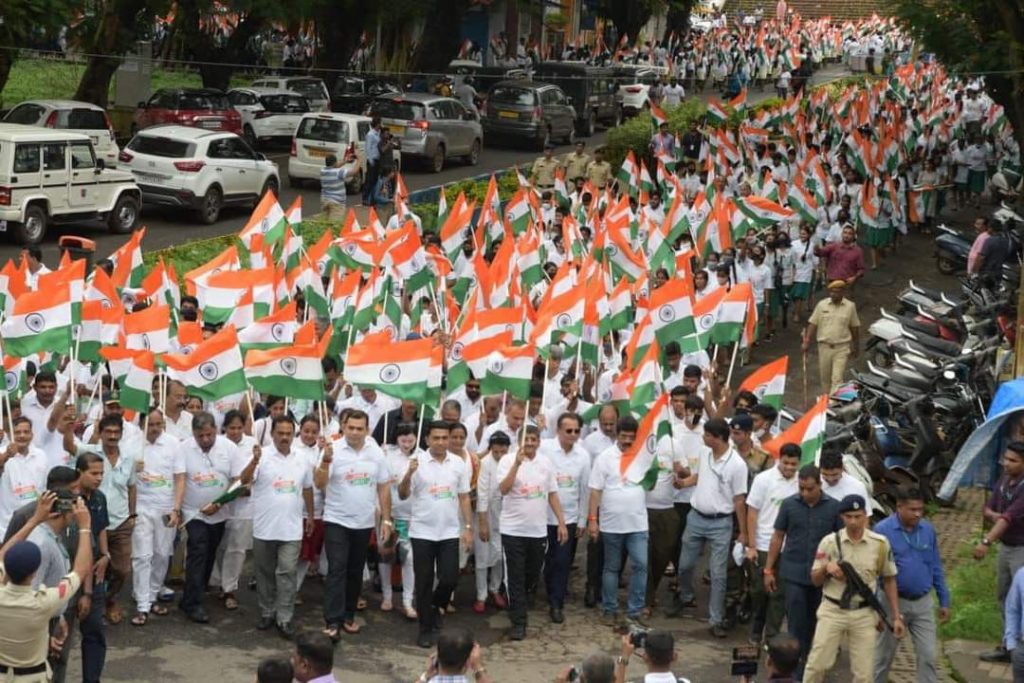