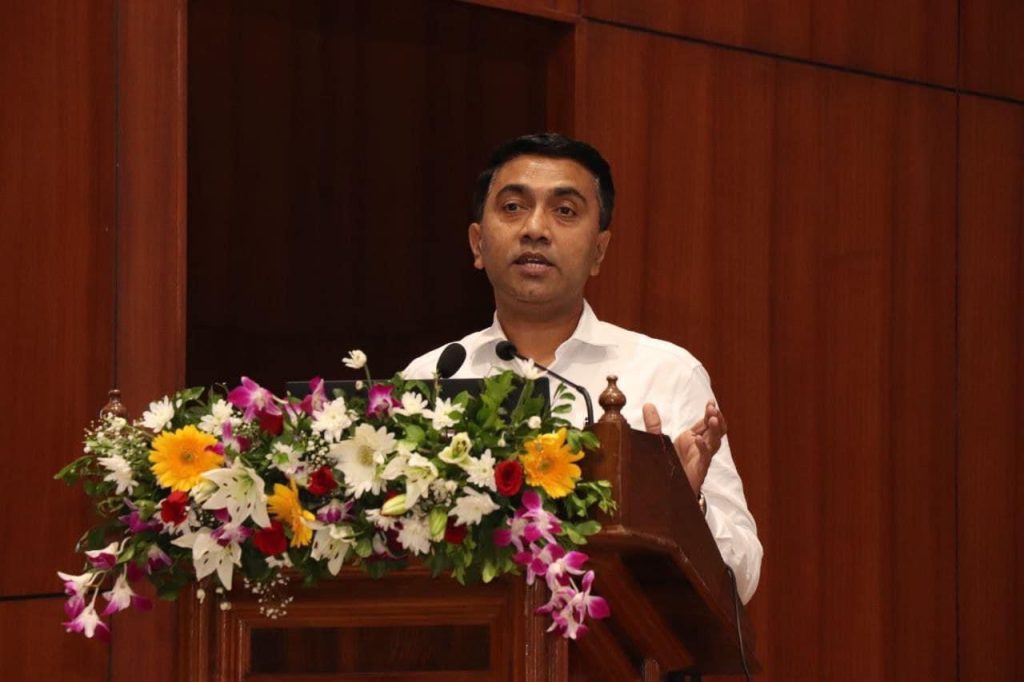 Goemkarponn desk
BETIM: At a time when Goa is witnessing a sudden rise in cases related to murder and rape, Chief Minister Pramod Sawant said that the State has the highest 94 per cent crime detection rate.
Sawant once again reiterated that non-Goans are involved in major criminal cases and urged citizens to be alert.
“Goa has the highest crime detection rate in the country due to the efficiency of Goa police; I urge citizens to help reduce crime by being alert,” he said.
He further said that People from outside come here to set up their crime businesses and that cyber crimes are increasing at alarming rates.
He further said that the Goa police mobile app providing a facility for online registration of complaints by citizens would be ready within a month.
“Using the identity proof, citizens can lodge their complaints online, and Goa police will act on it,” he added.
Sawant further said that the police outpost at Betim has been renovated, spending Rs 80 lakh. Betim outpost has historical significance as freedom fighter Mohan Ranade had attempted armed robbery at the outpost with the intention of looting weapons.
Sawant said that ‘outsiders’ are responsible for the maximum number of law and order issues in the State.
“In maximum incidents, people from outside the State are involved,” said Sawant. He also claimed that police have control over the law and order situation, and in 99 per cent of cases, detection of the culprit happens within 24 to 72 hours.
DGP Jaspal Singh said that his department has charted out a program for educating people’s representative institutions on cybercrime.