CM SNUBS Rane again; say no need of COVID-negative certificate for entering Goa as of now 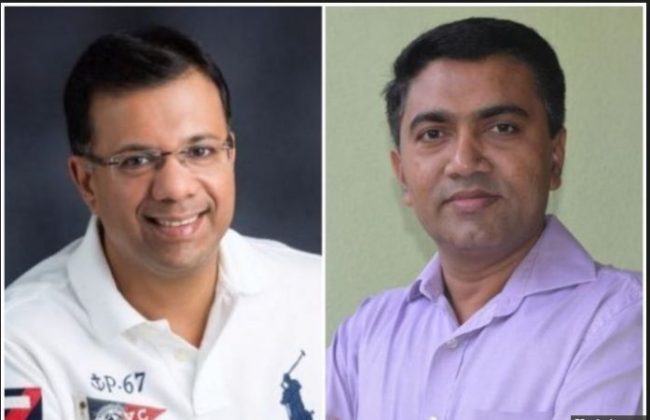 PORVORIM: A day after the Health Minister Vishwajit Rane made a proposal of making COVID19 certificates mandatory for those entering Goa, Chief Minister Dr Pramod Sawant has ruled out the same “it is not needed right now”.

Speaking to reporters on the sidelines of a function, Chief Minister said that people have to take care and follow all SOPs.

“We need to take care.  We cannot stop all economic right now,” he said.

The Chief Minister said that the government has increased the testing and that is the reason for increased number of cases.

“I appeal to all Goans Social distancing and masks. Those who see symptoms must get. Right now I don’t think there is any need for making COVID19 certificate mandatory,” he said.

To a query, Sawant also said that If cases increase government will take decision on Shigmo celebrations.

On Monday, Amidst rising COVID-19 cases in Goa, Health Minister Vishwajit Rane said that he will be suggesting to CM Pramod Sawant the need for making a COVID negetive certificate compulsory for travellers from neighbouring states to Goa.

Addressing the media, Rane said that he will be having a meeting with Chief Minister Dr Pramod Sawant along with expert committee.

“In the meeting we will suggest to CM on making a COVID-19 certificate compulsory for travelling coming to Goa from neighbouring states. They have put a similar restriction on Goans of travelling to their states,” he added

He further said that the covid cases have been increasing in neighbouring states of Maharashtra and Karnataka but here in Goa our government has manage to curtail the spread.

“Large gatherings should be curtailed, wearing of masks is compulsory and social distancing is must,” he added

Rane also has also appealed Goans and tourists coming to the state to follow COVID-19 norms of the state governemnt.

“In view of the rising cases, it is my sincere appeal to the people of the state of Goa, we all need to follow the SOPs that have been already announced by the government. Wearing of mask is mandatory & social distancing needs to be strictly followed,” said Rane

He further said that to keep the virus under control, it is up to us to follow the norms of the government.

He added, “It is also my appeal to the tourist coming to the state, to adhere to SOPs of the Government. Strict action will be taken against those flouting the norms,”