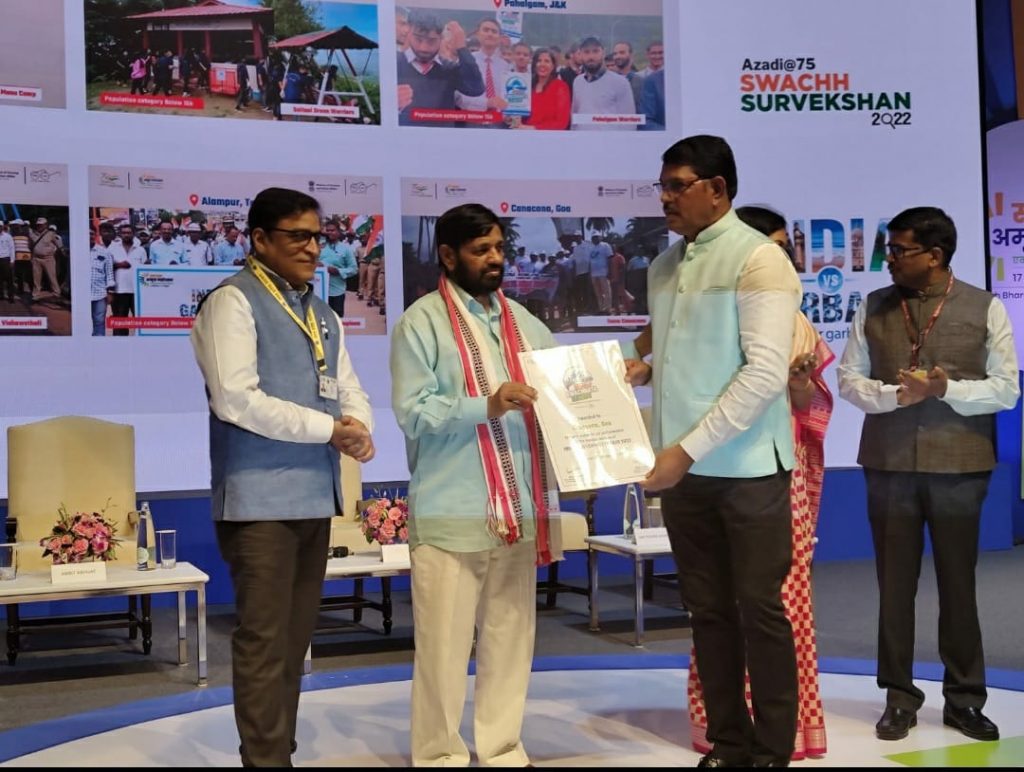 Goemkarponn desk
CANACONA – In a memorable moment, Canacona Municipal Council (CMC) Chairperson Ramakant Naikgaunkar received the prestigious Indian Swatchta League (ISL) award in New Delhi on Friday.
Union Minister of State for Urban Development Kaushik Kishore handed out the Award to Naikgaunkar, who, along with Chief Officer Madhu Narvekar, represented Canacona at the Swachh Sehar Samvad and Azad@75 Swatch Survekshan Awards at Talkotara Stadium, New Delhi.
Canacona bagged The Award in the less than 15 K Population Category amongst the 1850 participating Cities in the country.
Representatives of respective Municipalities from a total of 6 States were present and took their Awards on the day.
Naikgaunkar dedicated the award to the hardworking municipal Staff and other supporting agencies of GSUDA, Police and other contribution, which helped to put the name of Canacona nationally cleanliness.
Mission Swatch Bharat Mission -Urban Secretary Manoj Joshi, Joint Secretary and Director Roopa Mishra, and others were also present.
A team of councillors, including Dy Chairperson Laxuman Pagui, Ex- Chairperson Simon Rebello, accompanied the Goa team to Delhi.