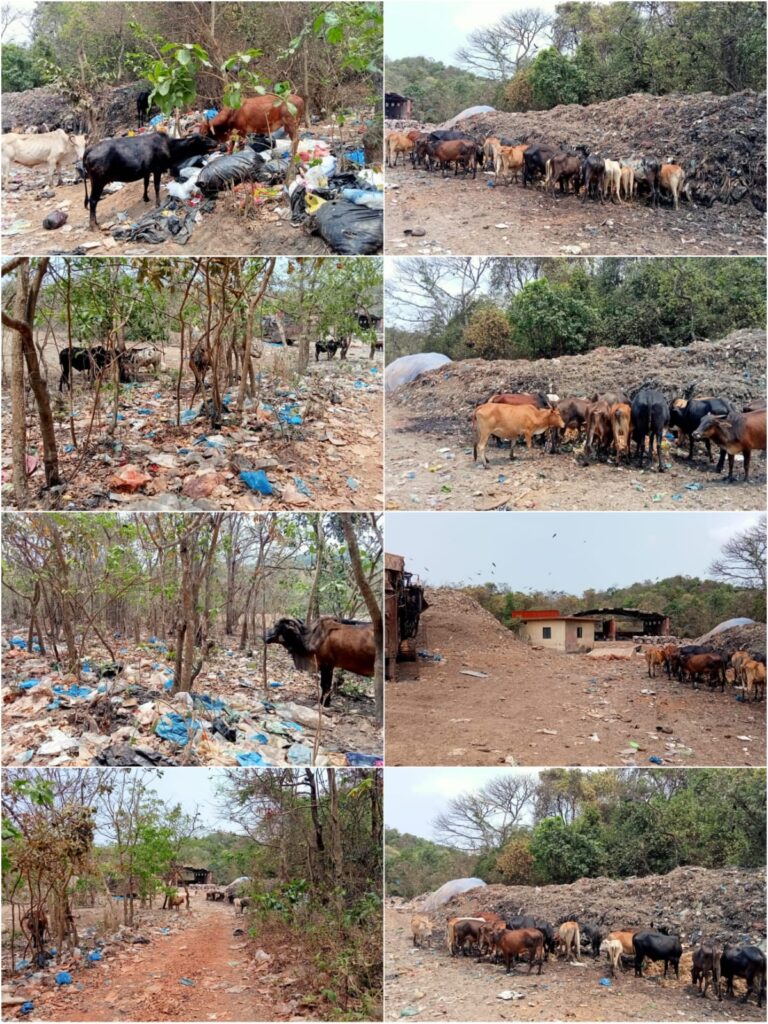 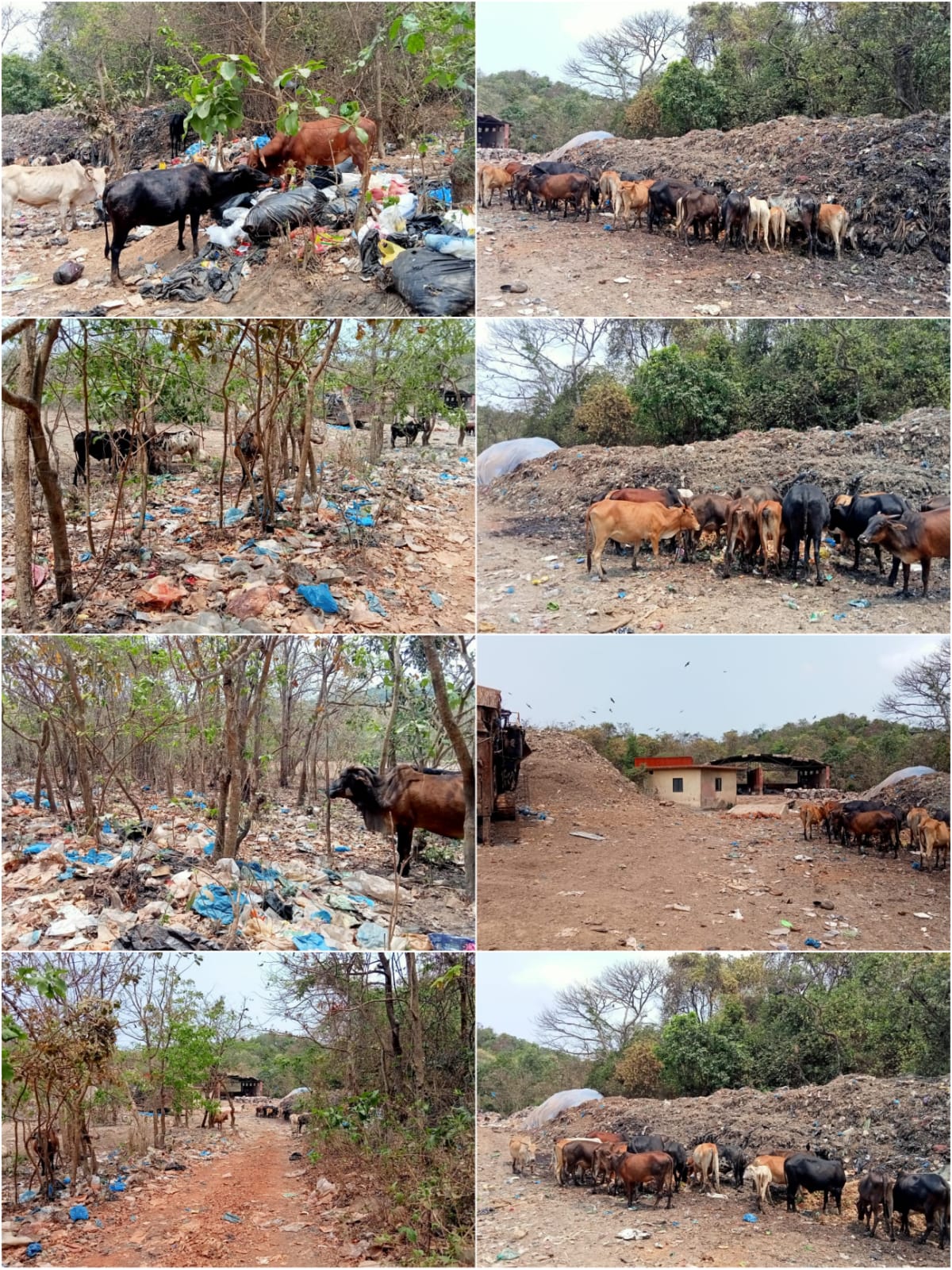 CANACONA – Come monsoon rains, and a major ecological disaster/ catastrophe is making Canacona as Canacona Municipal Council’s (CMC) prestigious Garbage Treatment Plant (GTP) at Dumane is in total disarray.
Massive untreated/ unattended garbage heaps dumped by CMC compactors inside the GTP compound are precariously lying exposed.
Several cattle regularly are noticed feasting on the waste, mostly plastics, while the garbage keeps on piling up every day by the CMC Vehicles.
Interestingly, a Bio-Methanion plant with a minimum capacity of 5 Tons of Garbage is lying inside the plant. Besides, yet another Bio-remediation machinery especially transported almost a year ago to treat the legacy waste lying in several dumps, has still not seen its operations.
While the garbage dumps keep on piling every day with compactors bringing in their daily collections, there are no personnel from either the municipality or the contractor, if any, entrusted to o operate both the machines.
According to municipal sources, the 2.5 crores worth Bio -Methanion plant installed almost a year ago is not utilized to its potential, inspite of the availability of sufficient garbage quantity and regularly getting the fresh stocks to process.
“The plant capacity is up to five tons, while CMC regularly does not generate that much of garbage capacity, CMC was supposed to enter into an agreement/understanding with the neighbouring village to avail garbage stocks. However, CMC did not even do that nor made attempts to utilize the plant to its potential, leaving a heavy accumulation of garbage, said a source,” they revealed.
The Bio-Methanisation plant at GTP is used only randomly, added to the source.
The purpose of the Bio-Methanation Plant is to utilize organic waste and produce biogas to be used as fuel in gas-based engines.
Meanwhile, the Bio-Remediation machinery, which was brought in by a contractor as per the tender of Goa Waste Management Corporation, post the last monsoon and lying used since then unused and unutilized at the GTP Dumane, was reportedly taken away on Monday.
According to CMC Supervisor, the machinery brought in by the contractor is taken away for the use at a neighbouring garbage site; however, accepted in inspite of getting the machinery to treat the legacy waste lying at the GTP, neither personnel were deputed, nor the machinery was made operational by the contractor.
However, the machinery is lifted to be taken to another municipality garbage site’.
Bioremediation is a waste management technique to eradicate or neutralize pollutants from a contaminated site, breaking down harmful materials into less toxic or non-toxic materials.
When contacted, CMC Chairperson Simon Rebello maintained whatever issues exist at the GTP, efforts are being made to resolve them before the onset of monsoon.
“We are trying to construct a compound wall, with suitable gate and all, while repairing the broken part, make a dug-out within the compound and stop the flowing of leachate spreading into the fields around along with rainwater,” he said.
The bio-remediation machinery will be brought back with higher power motor’, Rebello informed.
When informed about the precarious situation of garbage given the fast-approaching monsoon and impending disaster, the lying of untreated waste dumps without protection, and unavailability of a gated compound to stop wild animals and stray cattle from entering the plant, etc.
Incidentally, while the plant compound is nearly full of garbage dumps, the kutcha road leading to the plant is also heavily infested with Strewn Garbage.
Interestingly, a fortnight ago, Goenkar observing the colossal conditions of the GTP, General Secretary Vikas Bhagat, coming heavily on the functioning of CMC, blamed the council for being least concerned to undertake waste treatment is right earnest.
Goenkar, an NGO who thrice before assistant and helped CMC clean up the backlog of Garbage menace at GTP at different points of time, including helping to operate bailing machine, besides segregating the infestation.