Committee must probe the act of SABOTAGE!!! 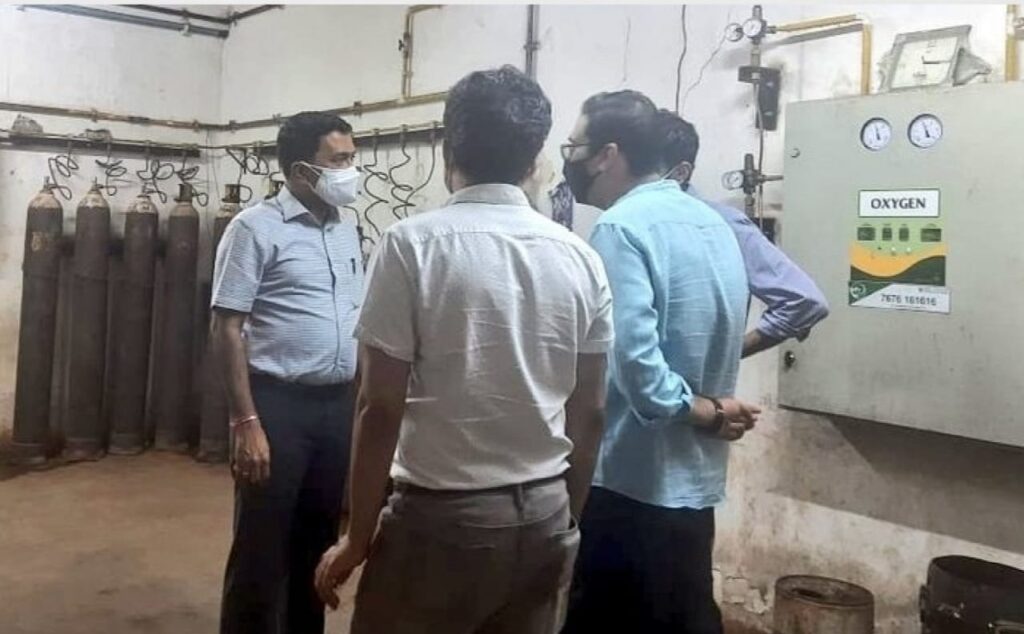 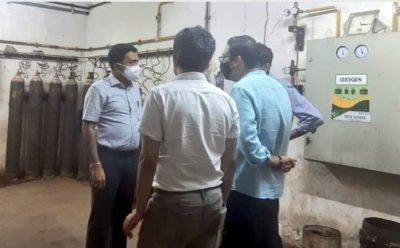 PANAJI: Following nearly death of nearly 60 Covid patients in Goa Medical College and Hospital (GMC) owing to oxygen supply, in last three days, the State Government has finally appointed a three-member Committee to inquire into the oxygen supply issues at the state-run hospital.

The committee is been set up also after High Court slammed the government and the GMC over inadequate oxygen supply resulting into deaths of the patients, especially in the wee hours of the day.

The Committee will also has to examine the process of administration of oxygen at GMC, and give recommendation for its improvement,

“Committee to recommend improvement in the complete chain of oxygen delivery at GMC,” the order said

The Committee is directed to finish the task within three days and submit the report to the government.

However, apart from the above points of reference, the committee has to also look elsewhere for problems and solutions.

To start with, the expert panel headed by Health Secretary, Dr Tariq Thomas, IAS Kunal and the representative of M/s Scoop, which inspected the Oxygen flow as per High Court order found some major discrepancies, upon which the three-member committee was constituted.

“The Committee found that the Oxygen supply method has become outdated and needs modernisation. The committee was also unable to understand how the supply was disrupted only between 2 am and 6 am?” said an official, who is working closely with expert team.

When asked about sabotage, the official said, it cannot be ruled out since the storage and are far away from the medicine wards.

“Oxygen cylinders are connected far away through pipeline one near the Central pharmacy and another somewhere near Yatri Niwas and there is a possibility of sabotage during wee hours,” sources revealed.

PROBE DELAY IN COMMISSIONING OF SSB

As per sources all plans were in place to commission the new Super Speciality Block in August on PPP mode but strangely it was delayed.

This was same during the first wave when the commissioning of South Goa District Hospital for COVID was delayed as it would disrupt plans of Private medical College on PPP resulting in countless deaths at that time?

The deliberate inertia in commissioning the new Super Speciality Block is the chief contributing factor to the disproportionate deaths.

“If Goa has to stem the deaths, all the COVID cases should be immediately shifted to Super Speciality Block where there is no midnight drop in Oxygen pressure. That is the immediate solution,” experts feel.

They say it will also decongest the Goa Medical College for non-COVID patients.

What about the deaths of non-COVID patients whose surgeries and treatments have been delayed or interrupted due to COVID?

• Who has been preparing estimates of the Oxygen requirement at the Goa Medical College?

• Who is the officer dealing with files pertaining to M/s Scoop Industries? Who certifies their bills?

• Who is responsible for receiving these cylinders and how often is the supply per day?

• How is the quality check done on whether cylinder is full empty etc?

• Whether complaints were received from nurses and sisters regarding short-comings of supply from the cylinders? What action taken thereof?

• Did the supplier M/s Scoop have the capacity to provide all the Oxygen required during mass casualties and disasters?

• When M/s Scoop did not have capacity to live up to demand in such crisis, why no timely step was undertaken to identify other suppliers?

• When it was evident during the last wave that there is a very high demand for Oxygen for moderate and severe cases, why timely steps were not taken for Oxygen supplies before second wave?

• What is the role of Medical Superintendent’s office in procurement, supply and checking on the oxygen?

• Why the entire process of procurement, distribution and supplies is so highly secretive?

• How more than required Oxygen is available at Step Up hospital in Bicholim, which is managed by chief of BJP medical cell but Apex medical college is deprived of the same?

• Why critical patients are not shifted requiring continuous high flow oxygen shifted into the adjoining Super Speciality Block in GMC, which has a ready tank of Liquid Medical Oxygen (LMO) that can provide regular High Flow of O2?

• Which higher authority preceded to stop such an arrangement, which was in larger public interest?

• On one day Dean has submitted before the court that it is highly hazardous to shift such critical patients to new block and strangely after a criminal complaint filed at Agassaim police station in same matter, the very next day Dean offers to shift such patients to Super Speciality Block. Why?