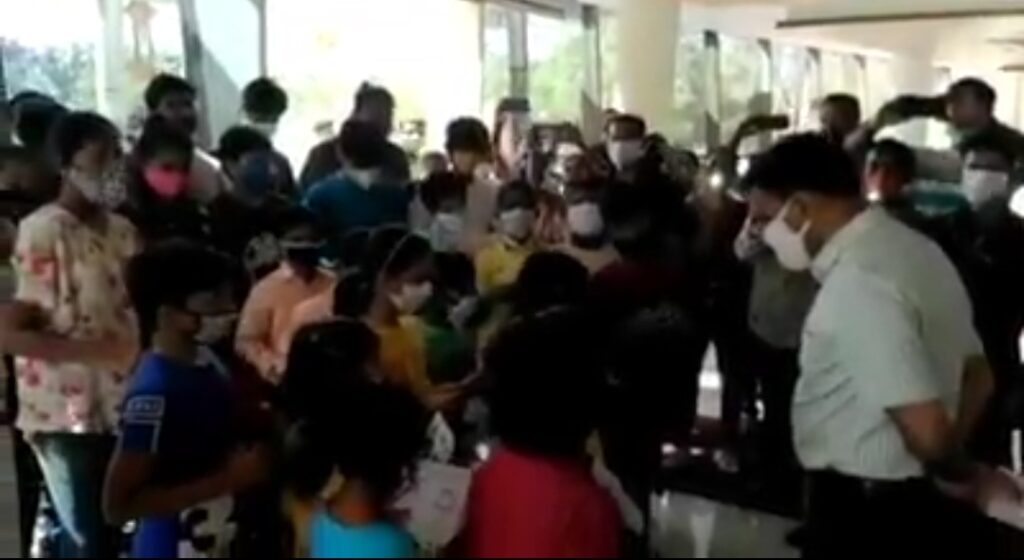 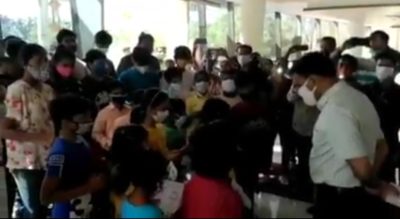 Panaji – BJP Government at the Centre as well as the State have politicised each and every Institution and autonomous bodies and the recent statement made by Chief Minister Dr. Pramod Sawant blaming former CM Digambar Kamat over a permission given to Mormugao Port Trust(MPT) by Goa State Pollution Control Board (GSPCB) to increase Coal handling capacity is a reflection of the same. We dare the CM to produce evidence that then CM Digambar Kamat had any role to play in granting those permissions charged Congress President Girish Chodankar.

He was reacting to the statement made by Chief Minister wherein Dr. Pramod Sawant had held Congress responsible for Coal menace in Goa.

The defective, corrupt and insensitive Chief Minister Dr. Pramod Sawant has developed a habit of blaming others for the gross failures of his government. He has either no knowledge of how administration functions or is influenced with the corrupt practice of BJP of politicising each and every independant institution. The Chief Minister must know that GSPCB does not come under Goa Government and the local administration has no control over its decisions claimed Girish Chodankar.

If we go by the logic of the Chief Minister, I want Dr. Pramod Sawant to explain about the permission granted by GSPCB in its 142nd Meeting held on 28th February 2020 to M/s South West Port Ltd. and M/s Adani Mormugoa Goa Port Pvt Ltd. to increase the capacity of Coal handling at MPT. The decision of the GSPCB is a proof that BJP Government is patronising Coal Mafia in Goa stated Girish Chodankar.

We advise Chief Minister Dr. Pramod Sawant to do some homework before getting into loose talks. The MPT in its meeting of Board of Trustees held on 21st April 2020 had resolved and congratulated Ministry of Shipping for its initiative to increase the capacity of Coal handling at Berth no 6 to 5.5 MTPA and Berth no 7 to 5.2 MTPA to which Consent to Operate (CTO) is granted by GSPCB.

We have given evidence with references and dates of meetings of GSPCB and MPT. We will produce copies of these documents at the right time. Let Chief Minister show guts and dare to produce documentary evidence to prove that Congress Government under Digambar Kamat allowed MPT to increase its Coal handling capacity Girish Chodankar said while throwing an open challenge to Dr. Pramod Sawant.

Congress Party and its Governments have always respected the sentiments of the people and shown guts to change its own decisions. We will remain committed to protect the Identity of Goa and Environment.

The recent outburst of the Chief Minister is due to frustration, as People are now openly confronting with the Government over its failure to protect Goa. The BJP in Goa is all out to convert Goa into a Coal Hub to help PM Narendra Modis Crony Club. But, Congress Party will not allow the BJP to destroy Goa said Girish Chodankar.