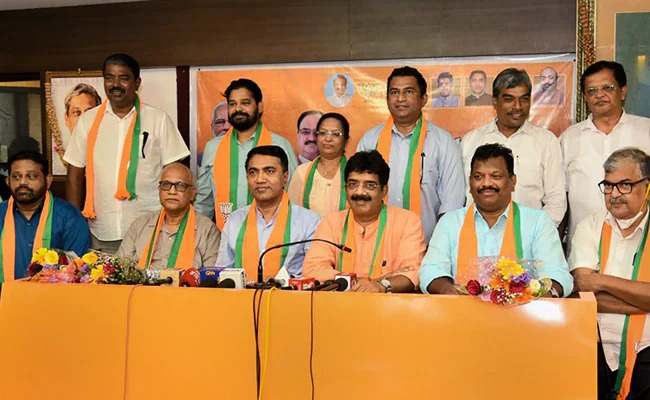 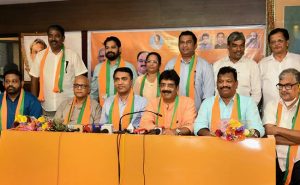 PANAJI: The Congress party today filed disqualification petition against eight MLAs, who defected to BJP in September- seven months after being elected on Indian National Congress party symbol. A similar petition has been filed against the eight defectors by ex Congress Chief Girish Chodankar

“Today we have filed a disqualification petition against the 8 MLAs who defected from Congress and joined the BJP. Though they had 2/3 mlas it cannot be called as merger of the original party. Under the 10th schedule speaks of merger of original party,’ said Adv Ferreira

He further said that what they claim is merger, that means they are saying InC is merged which means there is no Congress.

“Since the grounds are similar to the last disqualification petition filed against ten mlas, there are chances Speaker may give same ruling,” he added

MLA Carlos said that this is a issue of general importance for the nation. Hence it will be SC who will have to ultimately decide.

Eight Members of the Legislative Assembly (MLAs) of the Indian National Congress (INC) in Goa had joined the Bharatiya Janata Party (BJP) on 14 September.

Earlier, in the 40-member Goa Assembly, the Congress had 11 legislators and the BJP had 20. The chief minister said eight of the 11 MLAs of Congress, including former chief minister Digambar Kamat, have joined the BJP.